The costumes of the Mario Bros. and Link are some of the easiest video game get ups to emulate. But if you’re short on patience or skills, you can do worse than TV Store Online’s officially licensed hoodies. Though I must say that the Mario Bros. hoodies are best suited for babies. Or adults with no abdomens. 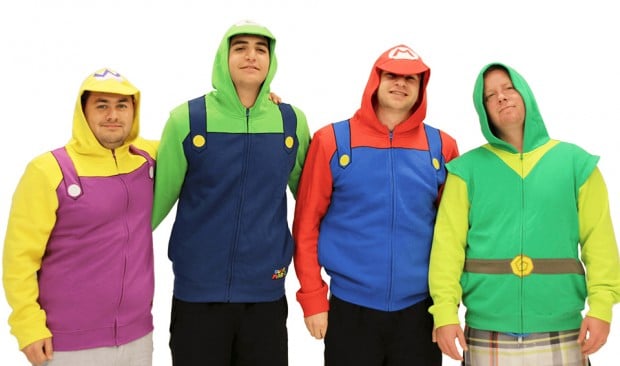 The Mario, Luigi and Wario hoodies look exactly like the modern avatars of those characters. The problem is that Mario and company have huge heads but barely have necks, two things that you can’t usually say about humans. The result is that the hoodies have hilariously high overalls. But the cap with logo on the hood is a nice touch.

The Link hoodie on the other hand is more or less properly proportioned, which is surprising because it seems to be based on Wind Waker Link, who like Mario is also super deformed. It also has a pointed hoody and belt, sword and shield stitched on. The downside is, well, the same reason why Hugh Jackman doesn’t wear Wolverine’s classic colors in the movies. You certainly can’t say that these hoodies didn’t stick to their source material. 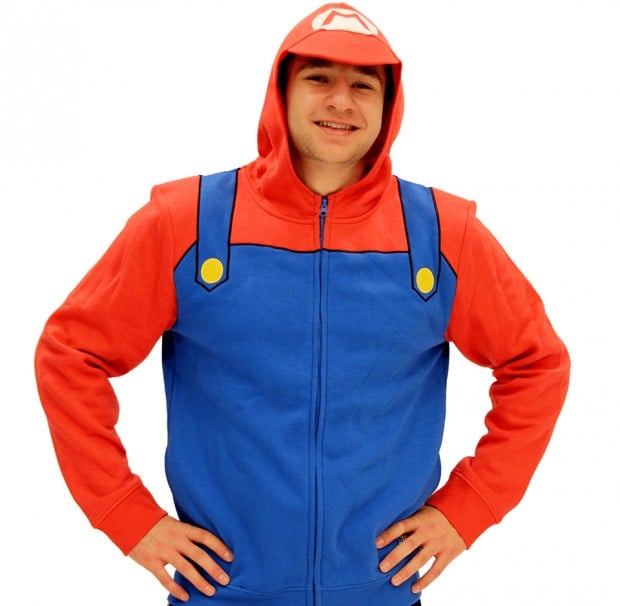 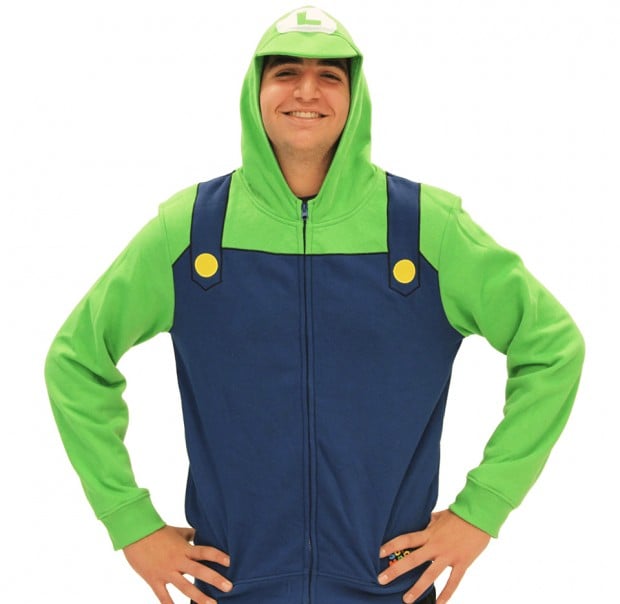 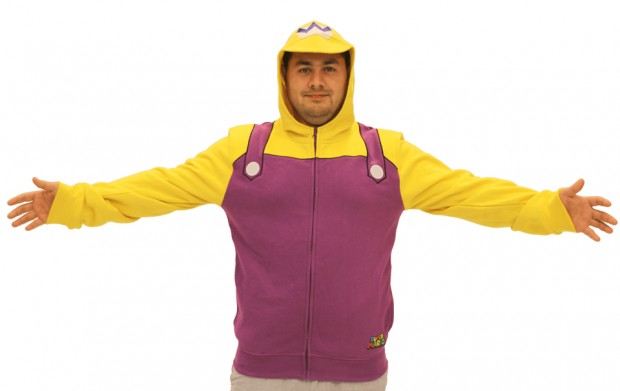 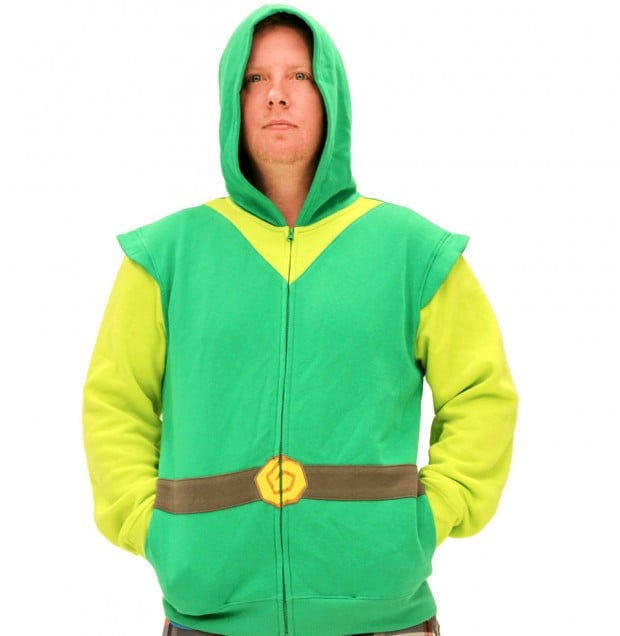 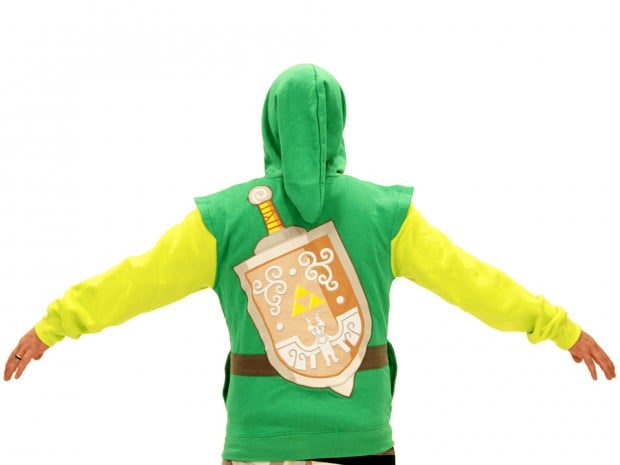 If you want the height of 90s geekery, get these hoodies from TV Store Online for $50 (USD) each.