Great Scott! Mr. Fusion Replica will Get you Back to the Future

One of the best movies from the ’80s was Back to the Future. This movie is also the first time I remember a sequel being so firmly suggested in an original film. I’m sure you’ll remember the ending where Doc Brown pulls up in the flying DeLorean time machine complete with Mr. Fusion on the back as a power source. 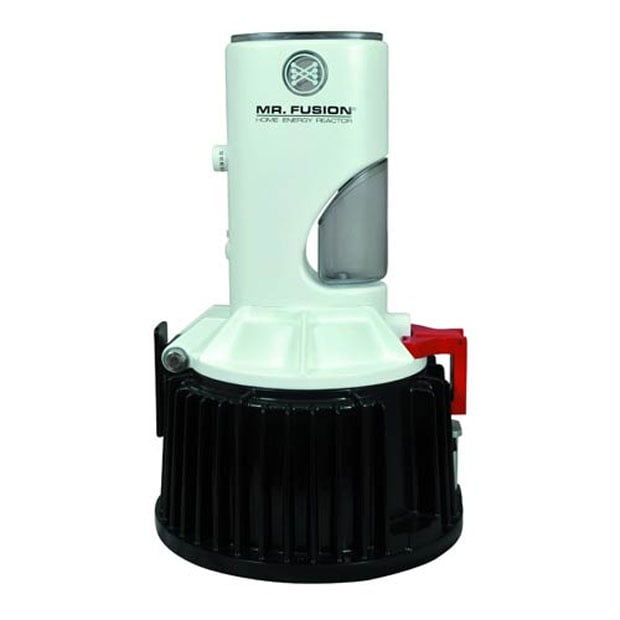 The only thing I wanted more than a DeLorean with a Mr. Fusion was the hoverboard. We have all sorts of Back to the Future collectibles from Flux Capacitors to DeLorean time machine replicas to remind us of the movie.

You can now get your hands on a Mr. Fusion replica to go along with the Flux Capacitor, all you need now is a metal car with gullwing doors to put them on. The 18-inch replica is far from cheap and will set you back $399.99(USD) when it arrives next March on Entertainment Earth.