Polaroid Socialmatic Camera is Like the ’80s but Better

Back in 2013, we talked a bit about a camera called the Socialmatic that was going from concept to reality. Fast-forward over a year and Polaroid has announced that the Socialmatic camera will be on store shelves this holiday season. The camera was designed by Socialmatic, but it certainly deserves the Polaroid name, thanks to it styling and ability to output nearly instantaneous prints. 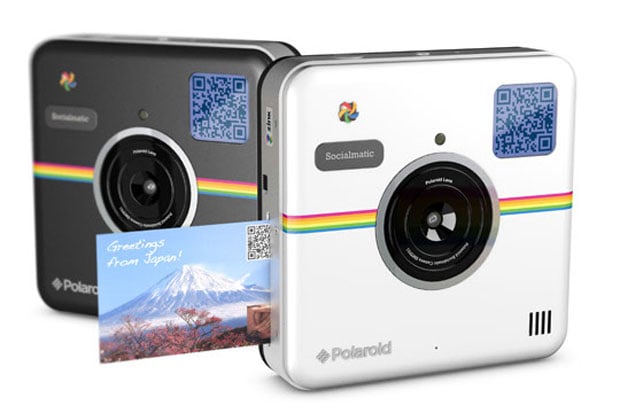 The digital camera has an integrated ZINK Zero Ink printer that can print out a 2×3″ image in under a minute. Those pictures have a sticker back so you can stick them to stuff. The Socialmatic has two sensors with the front offering 14MP resolution and the rear has 2MP. A 4.5-inch rear LCD is integrated and the camera runs Android allowing images to be tweaked and uploaded directly from the camera.

Wi-fi and Bluetooth are integrated to allow you to upload images from wherever your smartphone can connect or a wireless network is present. We still don’t know exactly how much the camera will cost, but it will land in time for holiday shopping.