3&DBot Robot 3D Printer: The World is Your Build Platform

Like ink printers, the size of a 3D printer limits the size of the objects it can print. Until now. Researchers from two different labs in Pontifícia Universidade Católica do Rio de Janeiro (PUC-Rio) worked together to create 3&DBot, a 3D printer on wheels. Not only can it move about, its extruder points out from its body, as if asking, “Here? Can I print here? How about here? Can I print here?” 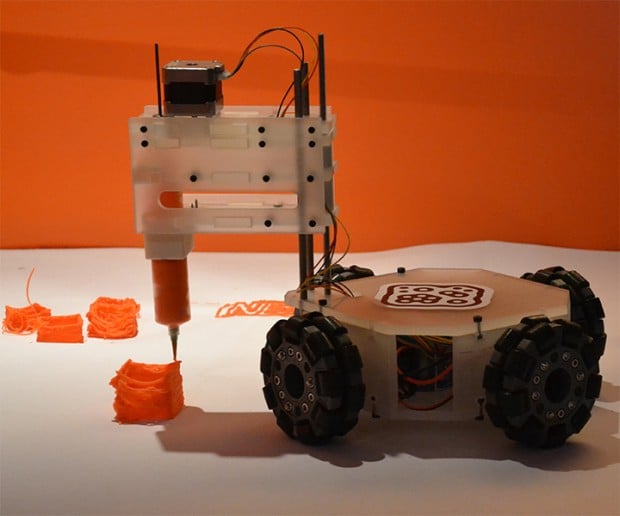 3&DBot is powered by an Arduino and can be wirelessly controlled from a computer. Its omnidirectional wheels enable it to make minute movements and form shapes. It can print using various materials including modeling clay, but as you’ll see in the video the resolution of its prints seem to be on the level of a 10-year old Play-Doh artist.

Perhaps in the future our robot overlords won’t bother reducing our civilization to rubble; they’ll just go straight to building over us.