Idiots texting while trying to pilot a motor vehicle are one of the many blights afflicting our society right now. Yes, they do tend to remove themselves from the gene pool, but most of us seem to think that’s a little extreme. We wish they’d just stop, but most people who are willing to risk death in order to send a message that says “rly?” are also willing to take the small risk of getting pulled over. That’s why ComSonics, a firm that regularly does radar gun calibration and design,  is working on a device that law enforcement officers could use to detect texters, even in a moving vehicle. 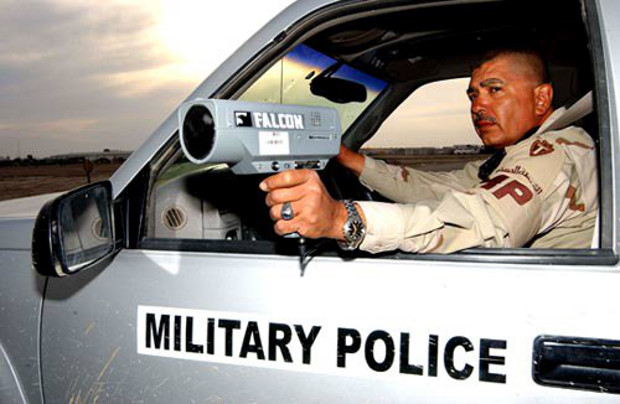 The ComSonics device can tell the difference between the signal given off by a phone that’s making a call or using GPS and one that’s texting. Of course, there are a million ways this could go wrong. What if it’s actually a passenger who is texting? What if the driver is using a voice to text app? What if a text that failed to send earlier is just now going through? There are so many possible ways for this to give a false positive that we can’t see it standing up very well in court. In this country, you’re innocent until proven guilty or attacked by a local news channel’s smear campaign.