Apple is in the spotlight once again after the announcement of the iPhone 6 and their upcoming smartwatch. The brand also made an appearance at New York Fashion Week, although it wasn’t Tim Cook doing the presenting.

Instead, it was designer Elie Tahari with his iPhone dress. 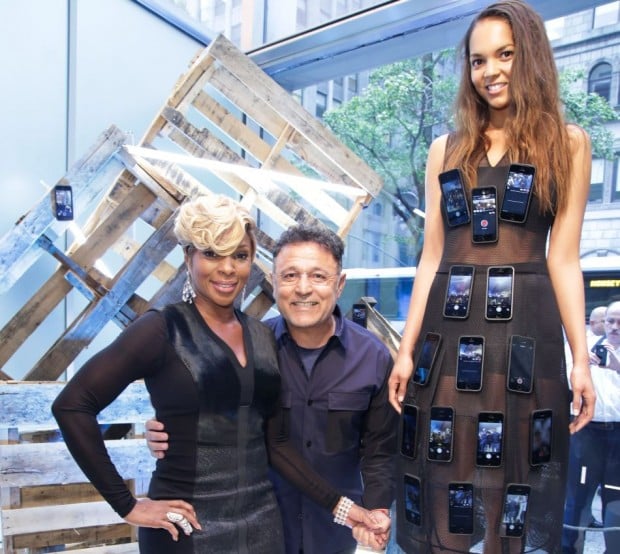 The luxury fashion designer spared no expense when it came to the iPhone dress. The long black mesh dress was covered in nearly a dozen iPhones (although other reports mention that it was covered in 50!). The phones captured all angles of the event, where Tahari also presented the rest of his collection for next season.

Is the iPhone dress something you would wear? I think the answer is pretty obvious.