Pizza With French Fry Dough (and a Side of Cholesterol)

Pizza and fries. They’re two of the best-selling offerings at fast food joints and for good reason: they taste great and they’re fattier than they should be. People have a habit of combining their favorite stuff to create something twice as awesome, and the folks at Foodinese recently accomplished that with their pizza with a crust made from french fries. 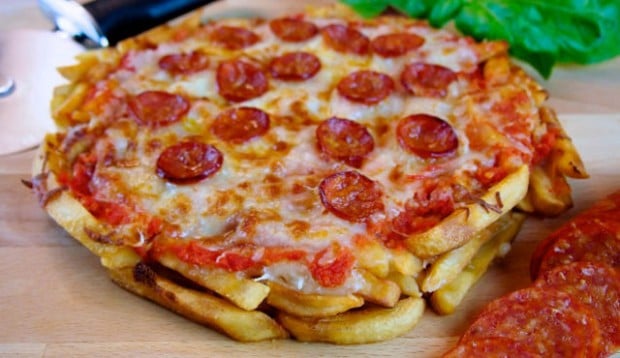 If you love pizza and fries as much as the average person, then chances are you’ve already attempted to make your own french fry crust. The crust fell apart for most people, so what’s the secret? For the recipe from Foodinese, it’s cheese – and lots of it. Making it sounds like a lot of work but the end result is more than worth it.

You can check out the recipe here.