Oh. My. Glob. Yes, that is a giant box of Krispy Kreme donuts. A Double Hundred Dozen to be exact. Enough to keep Homer Simpson in doughnuts for at least a week. It might last a month for the rest of us donut fiends. 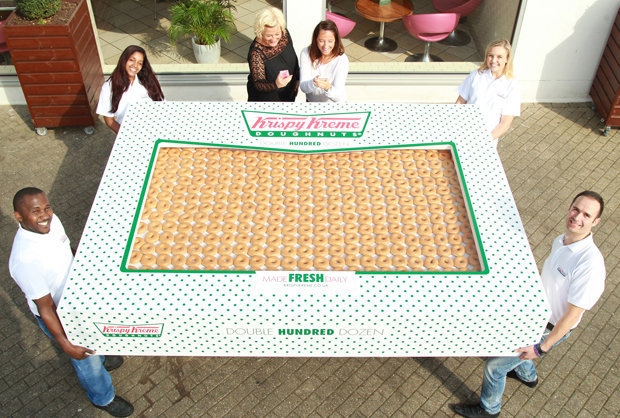 This is the biggest box of donuts I have ever laid eyes on. It was recently unveiled in London by Krispy Kreme UK for their new Occasions offering. The box is 11.5 ft long and has within it 2,400 Original Glazed donuts. Eight staff members had to work together to fill the box and load it onto the delivery truck, because one guy would have been at it all day. And unsupervised, he also would have eaten a bunch. 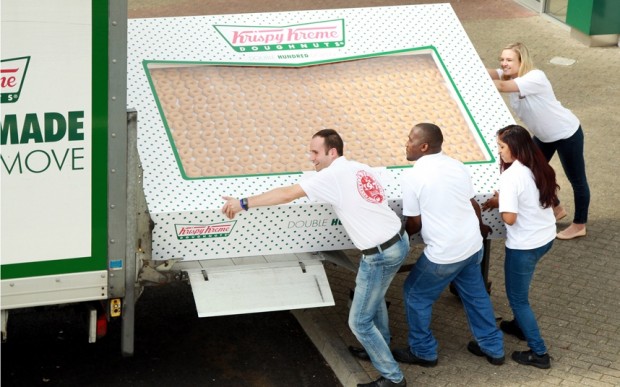 This is part of a contest to celebrate the launch of the company’s large-scale delivery service. One lucky business will win this giant box-o-donuts and then they will all call in sick the next day thanks to donut comas and trying to get a house call for their newly diagnosed diabetes.

[via The Telegraph via Geyser Of Awesome]