My daughter has a tablet and the only thing she does on it is play Minecraft. If she wants to play on my phone, Minecraft is the game she goes after. Sony may have just hit one out of the park by offering Minecraft for the PS Vita. 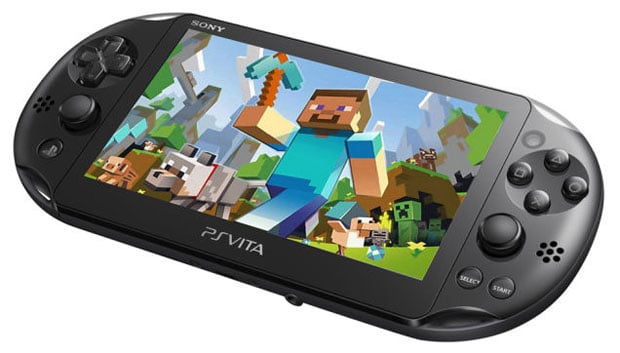 We rarely hear about the PS Vita, it’s far from a popular handheld. A demo of Minecraft specifically for the Sony portable is being shown off at the Tokyo Game Show. It’s said to play just like you expect Minecraft to play on any other platform.

This may well be the best reason for anyone to want to PS Vita since the console debuted. You will be able to share save data between the PS3 and the Vita meaning you can pick up construction where you left off at home when you are on the go.

What’s even more surprising is that now that Microsoft owns Mojang (the company behind Minecraft), they’ve instantly got a game running on some of their biggest competitor’s platforms.