Earlier this year we saw Bunnie and Xobs’ Novena, the (mostly) open source laptop. Here’s another hacker- and maker-oriented laptop, the Pi-Top. Launching on Kickstarter soon, Pi-Top will be based on the Raspberry Pi. 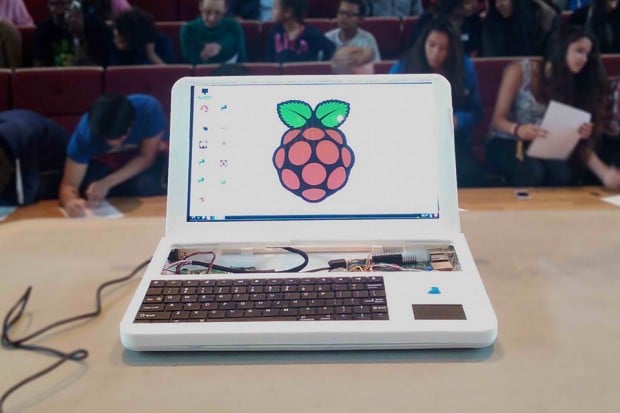 Pi-Top is the brainchild of Ryan Dunwoody and Jesse Lozano. Owners will have the option to 3D print the laptop’s case, but Kickstarter backers will receive the Pi-Top already assembled in an injection-molded plastic case. Its other main components are a laptop keyboard and trackpad, a 13.3″ 1366×768 TFT LCD display, a Wi-Fi chip and a battery good for up to 8 hours. It will be loaded with Debian-based Raspbian operating system by default.

Aside from the laptop itself, the Pi-Top team will also give backers lessons on designing and building hardware, including 3D printing and making PCBs. You can read more about the Pi-Top on 3D Print or follow the group’s progress on their website and Facebook page.