To bolster the software library of Chrome OS, Google made App Runtime for Chrome (ARC), which allows Android apps to run on the lightweight operating system. Software developer Vlad Filippov aka Vladikoff went beyond what Google intended and modified ARC to make it work with the Chrome browser. In other words, Vlad made it so Android apps can run on desktop operating systems, by way of Google’s browser. 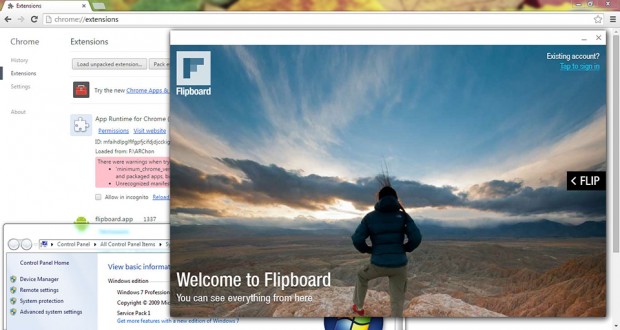 Vlad calls his ARC mod ARChon. To use it, you need to run Chrome 37 or higher in Developer mode. You’ll then install ARChon on Chrome as an extension; same goes for Android apps. 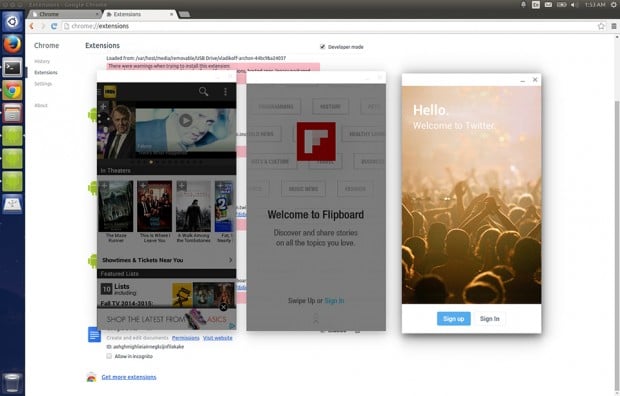 Here’s a guide on installing ARChon by YouTuber FuturGamerX. It’s in Spanish, but you can still follow what he’s doing.

You can download ARChon for free from Vlad’s GitHub page. You should also check the APK Exchange thread on Reddit for more information on testing ARChon. It’s still in its infancy and is thus very buggy, so don’t expect a straightforward or consistent experience. It’s also important to note that as of now, some apps can’t run on ARChon because they need other software to work. For example, Ars Technica found that the Twitter app was unusable on ARChon because it needed Google Play Services.