I’ve never been one to care anything for the arcane, but I like some shows that dabble in those sort of things on TV. Take “Penny Dreadful,” I like that show, and large part it’s thanks to Vanessa Ives, played by Eva Green. Ives often reads Tarot cards to see what is in store for people on the show. 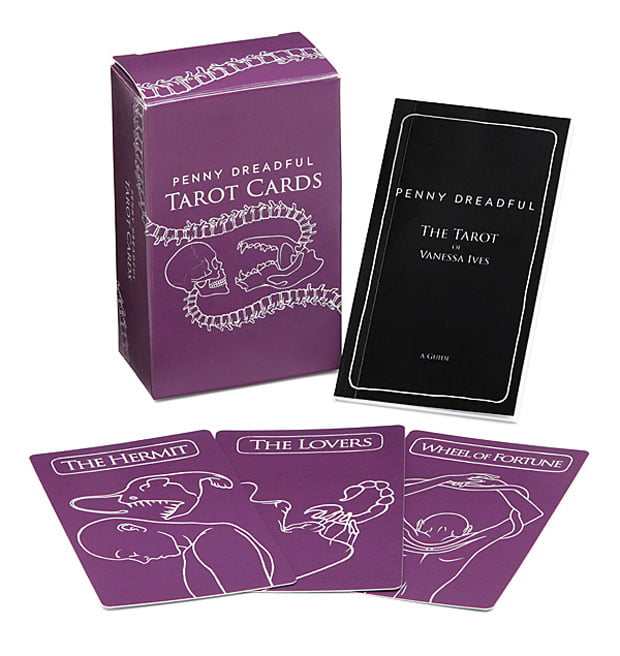 If you want to dabble in the mystical arts yourself, you can now get an official reproduction of those tarot cards from the show for $14.99 at ThinkGeek. Sadly, Ms. Ives won’t come read them for you. 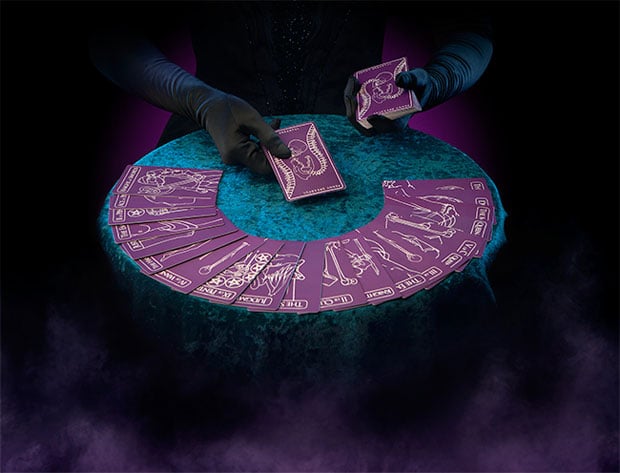 The cards contain both the minor and major arcana, whatever that means. They do come with a 96 page book of instructions and I suppose you could find a pretty woman to dressed in Victorian garb to read them to you I guess.