ThinkGeek has just taken Star Trek: The Next Generation cosplay to warp level 12. If you have always wanted a realistic TNG starfleet uniform that you can wear to cosplay, these replicas have landed just in time for Halloween, and they are awesome. 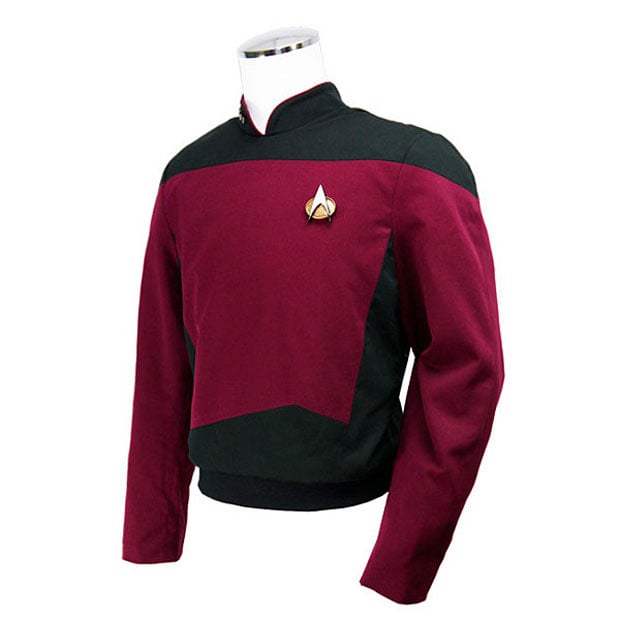 You can get Picard’s red tunic, or the gold colored version that Data wore. Each of the tunics will set you back $229.99(USD). And that doesn’t even include the communicator badge; you clearly need one to pull off the cosplay effect. You can add that TNG replica communicator for another $19.99. No one said being a Star Trek fanatic would be cheap. Oh, and the pips worn on the collar aren’t included either. 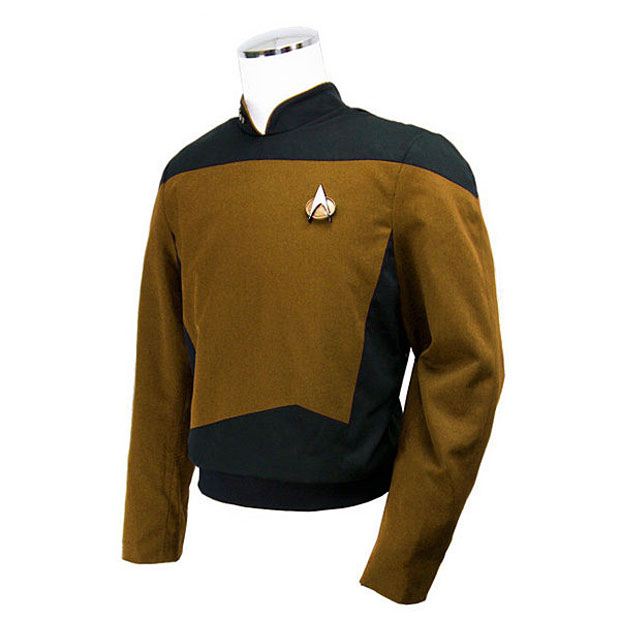 The tunics are offered in S-XL in gold and S-XXL in red. Construction is from cotton and polyester and these are officially licensed Star Trek garb. The pattern for these tunics came from the CBS archives so they are identical to the ones actually used on the show. I never paid that much attention to the clothes the crew wore – I always thought they were one-piece jumpsuits.