This Little Robot Is Awesome at Flight Sims

Thus far, in human history, humans have done the vast majority of the flying of planes. Even the drones that our government uses to spy on and explode things are actually more like really, really advanced remote-control planes. There’s still a dude sitting down with a joystick, he’s just wearing stained khakis, he’s at sea level, and he’s sipping a latte, rather than being strapped into the plane. Perhaps that’s going to change soon, as KAIST, a Korean institute and one of the world’s best tech colleges, just unveiled this little dude: PIBOT. 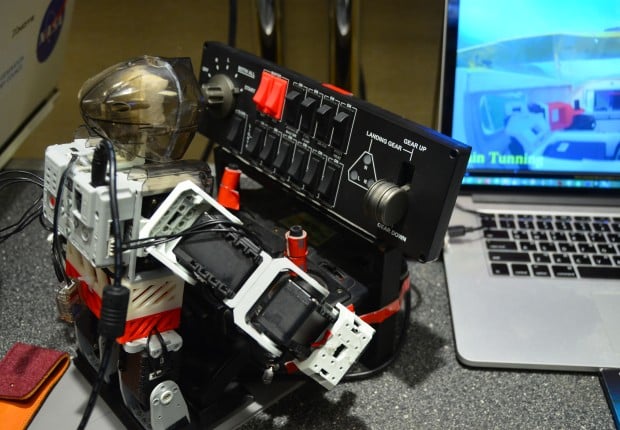 PIBOT can take to the virtual skies with near perfect reaction times and near perfect inputs, meaning that this is probably a better pilot than most, if not all actual pilots. Of course, that is right up until the moment when a situation is encountered that he isn’t programmed for, but we all know it’s only a matter of time until the machines take over anyway.

PIBOT can also fly a real plane, and KAIST is working on that video as you read this.