Screen print artist and 3D animator Olivier Marchand pays tribute to one of video gaming’s first hits by turning its 8-bit characters into parts of a mandala, a pattern often used to describe the wholeness of the universe or the impermanence of life. Stare into its concentric circles and imagine a world where aliens, laser cannons and bonus spaceships are one. 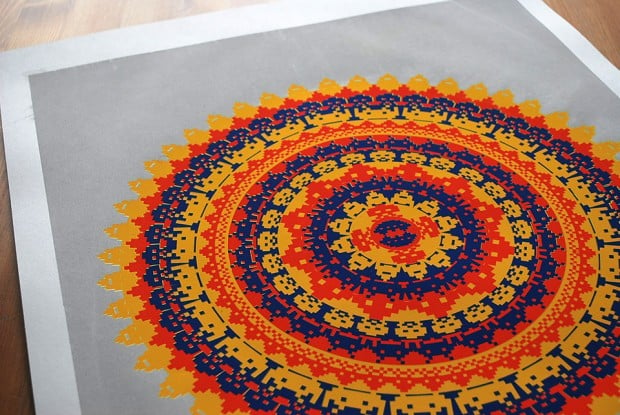 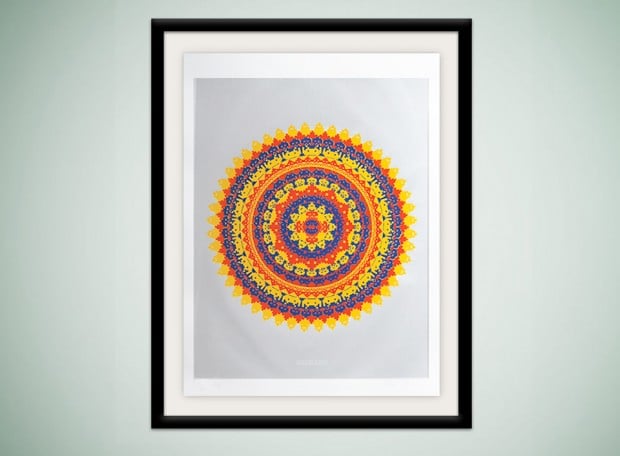 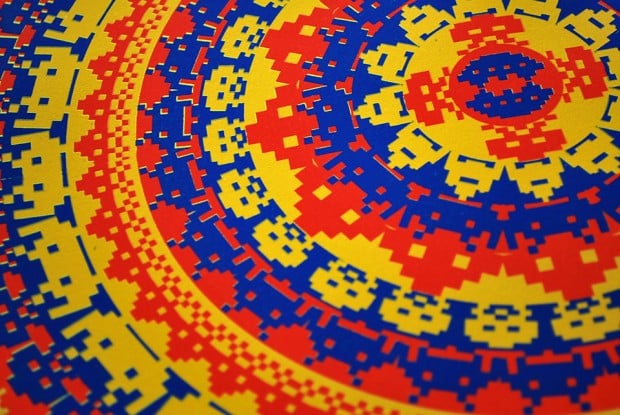 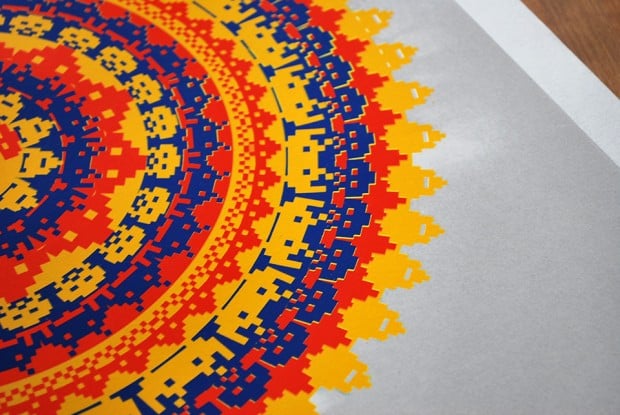