If Team Nixie has its way, drones might someday become the selfie addicts’ best friend. One of the finalists in Intel’s Make It Wearable Challenge, the team is working on Nixie, a camera-toting drone that’s thin, light and flexible enough to wrap around your wrist. 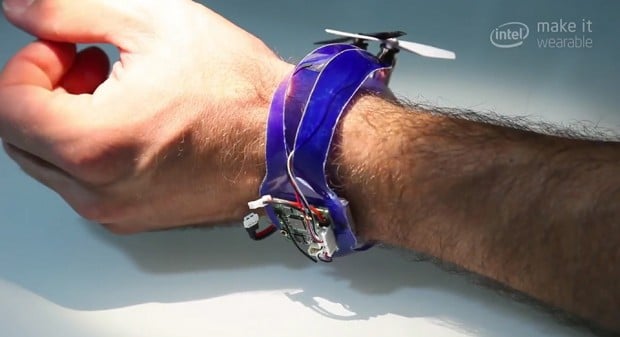 Team Nixie’s goal is to have the small quadcopter uncoil and take flight with a simple gesture. It will then turn around, take a picture of you and then wrap itself back to your wrist. It’s like photographic falconry.

How cool is that? I love how Team Nixie is showing us that there’s more to wearables beyond NFC tags, smartwatches and Google Glass look-alikes. But whenever I see new devices, I can’t help but wonder when battery technology will catch up. Google Glass and many smartwatches barely last a day on a charge; and even small drones only last minutes before their battery is depleted. Maybe the Nixie can have solar cells or generate power through the wearer’s movements.