I’ve been counting the days until The Walking Dead comes back on for its next season. If you are a fan of the show, you will find this Walking Dead Yahtzee game appealing. It has a sweet dice cup made to look like a Walker head. 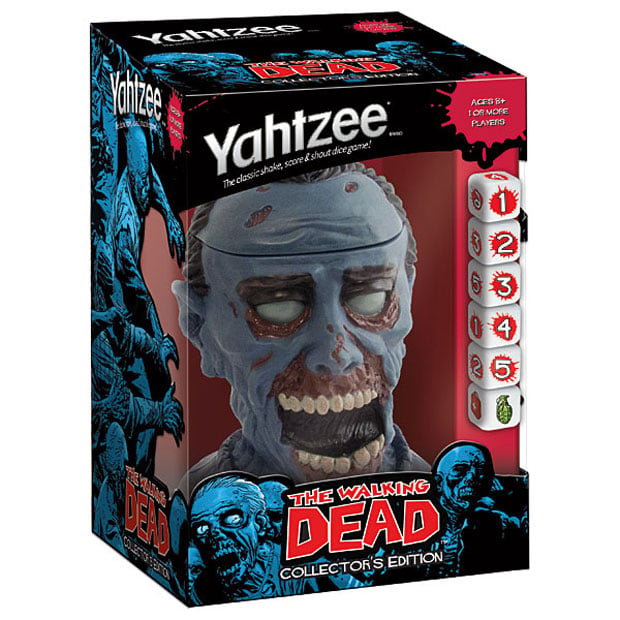 I could totally see Carl lopping the top off a Walker in the show to make his own dice cup so he could play when he’s bored. While the five game dice just look like they’ve been splattered with blood, a sixth bonus die has first aid kits, grenades, and walkers printed on it. They should have made the little pencil look like a crossbow bolt, that would have been awesome. 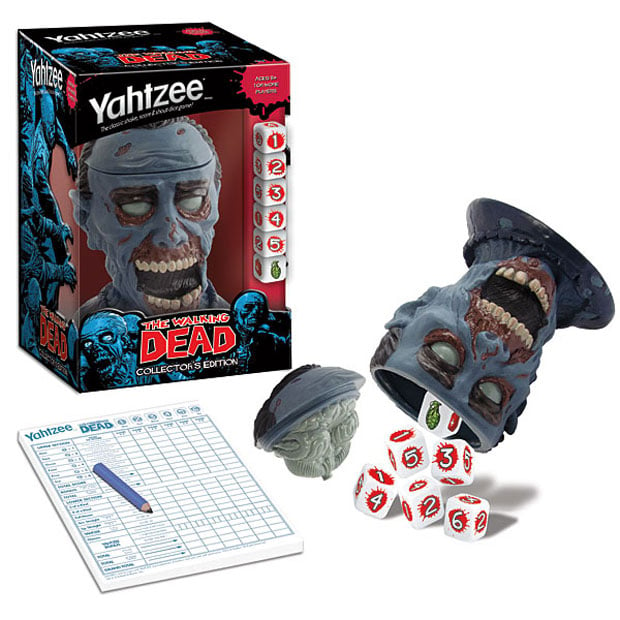 The game is for ages 8 and up and supports normal Yahtzee or Battle Yahtzee. I think the latter game is when you throw the dice at each other; at least that is how we played Battle Yahtzee growing up. The game is on ThinkGeek for $29.99 right now. This is way cooler than the Plants vs. Zombies Yahtzee.