It’s one thing to say that a smartphone can survive water splashes; it’s another altogether to say that the phone can actually work underwater. That is exactly what Sony promised with the Xperia Z3 smartphone that runs Android. 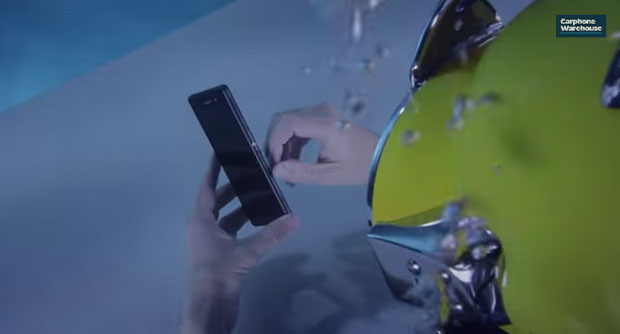 The phone has front and rear cameras like all modern smartphones and it can even be used to take video and photos underwater. I’m sure you have seen unboxing videos before where geeks get a new device and make a video of themselves taking it out of the box. The gang at Carphone Warehouse in the UK took unboxing somewhere new with an underwater unboxing video for the Z3.

Not only does the diving helmet-wearing host unbox the smartphone under water, he also uses it to take pictures and video of the crew filming the unboxing. The phone holds up extremely well, and manages to take some incredibly sharp pictures despite being underwater. The cardboard box and phone accessories on the other hand…