The RipSurfer X is a surf board that lets you hang ten in your living room. It is an exercise machine made by SurfSET Fitness. This strength training machine simulates the movements of a surfer out on the waves. Using the proper surfer slang like “gnarly” and “dude” is up to you. 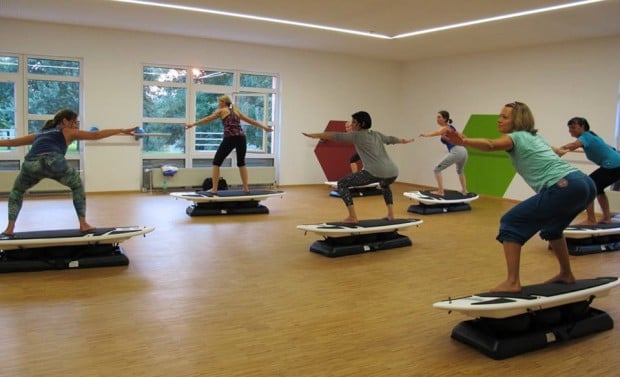 It was invented by former hockey player Mike Hartwick, who liked surfing off-season. He noticed that he lost his surfing physique during hockey season. Probably a few teeth too, but that’s another story. That led to the creation of this odd piece of exercise equipment.

The board uses resistance bands to help to mimic the workout that you get while surfing, toning up the body and making you a lean mean machine. It might not be as good as surfing for real, but it apparently still keeps you in shape. Best of all? No sharks!

[via Dude I Want That via Neatorama]