Guardians of the Galaxy was an awesome movie – I really liked everything about the movie. Like most people, I was rather sad to see (Spoiler Alert) Groot get crushed near the end of the film, but the ending credit scene with baby Groot growing back in a pot proved he wasn’t dead. 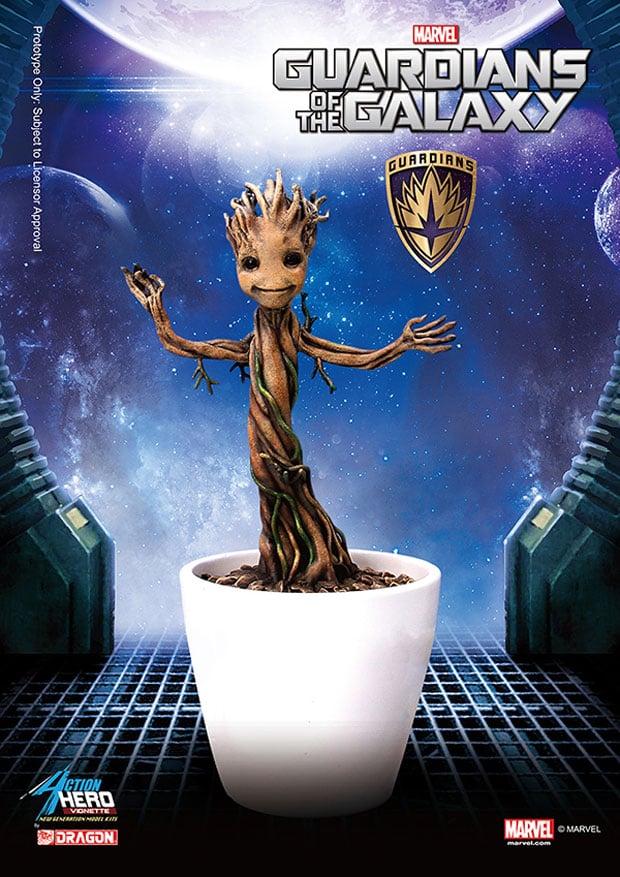 We have seen more than a few baby Groot action figures already, like the bobblehead one from Funko. A new model has surfaced from Dragon models that is the most screen accurate Baby Groot toy we have seen yet. It looks just like the one movie and stands 7-inches tall. The action figure was made using 3D character scans. The model will ship in November and can be pre-ordered for $79.99(USD).

The only downside to this figure is that this Groot doesn’t dance. The market is really screaming for a movie accurate dancing Groot. Whoever makes that will be very rich.