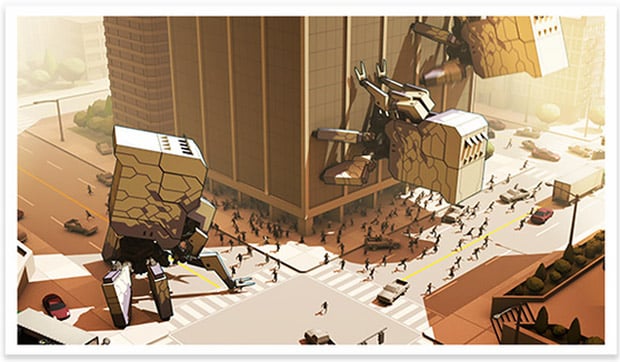 Human Resources is a real-time strategy game where players will play as giant robots or Ancient Ones. Humans thought the monstrous Ancient Ones would help save the world, but it ends up as a contest between machines and fat demonic looking Ancient Ones to consume the Earth. In the game, humans actually are a resource that the player will harvest no matter what side they are on.