By now you’ve heard about the student who petitioned his school to allow him to use a photo of him holding his cat against a laser background as his yearbook photo. If we want pictures of our cats and lasers in the yearbook with us, we should be able to have cats and lasers. But the man is always keeping us down, and well, now there is a new development in this tale. 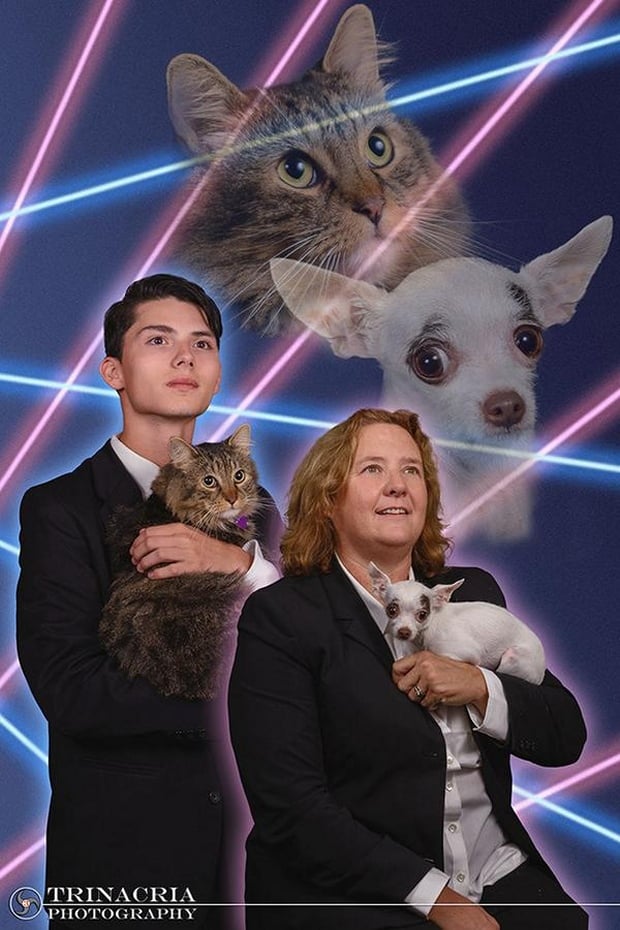 Draven Rodriguez, the Schenectady High School senior who loves his cat (and lasers) now has some backup. He was recently joined by his principal and her dog for a similar image, snapped by Trinacria Photography. 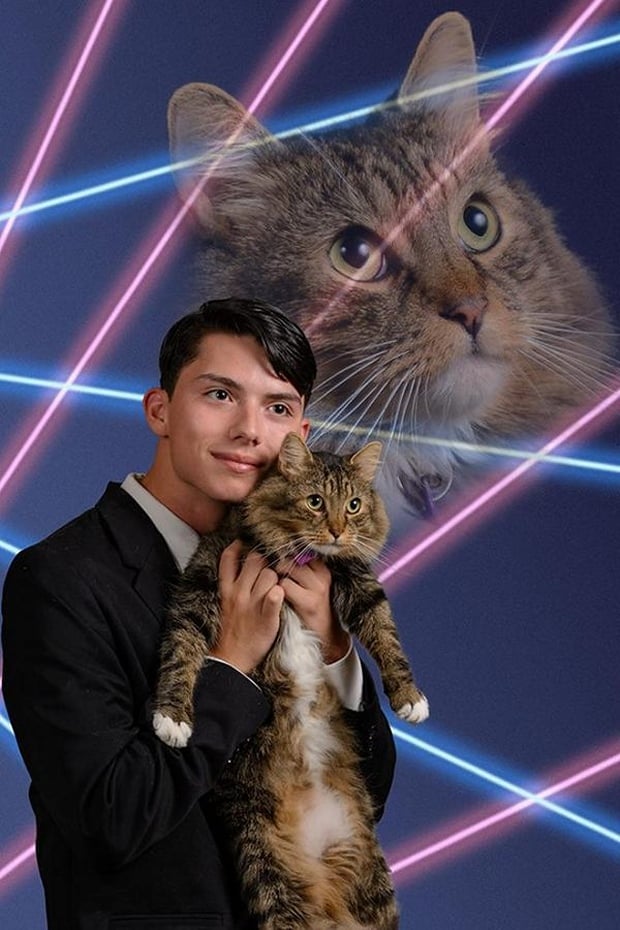 Clearly this cat/laser movement is gaining traction and is now a cat/dog/laser spectacular. Hopefully, this meme will result in more outlandish images of people standing with animals in front of laser beams.