Last year we checked out Caleb Kraft’s self-destructing hard drive and laptop. If you’re looking for a professional (and non-flammable) equivalent, check out SecureDrives’ Authothysis series. These 128GB solid state drives can self-destruct based on a variety of parameters. They’d probably kill themselves if you even think about them. 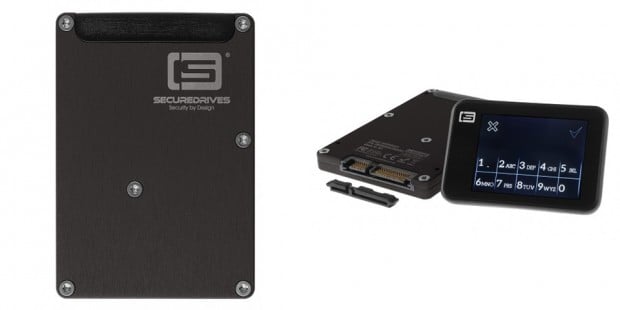 In addition to the expected 256-bit AES CBC hardware encryption, Autothysis SSDs have a mechanism that can physically destroy the NAND chips inside. No chips, no data. They also have a GSM receiver, giving you the option to trigger the self-destruct sequence via a text message. The video below is from 2011, but it gives us a good idea of what happens inside an Autothysis drive when it commits suicide.

You can also prime an Autothysis drive to self-destruct if it doesn’t receive a GSM signal within a certain amount of time, if its case is opened, if its battery is nearly depleted, if it’s removed from a computer, after a number of PIN entry attempts, after a preset sequence of taps or if you don’t call your mom by 9pm and dinner is cold already. That last one was a joke, but I bet SecureDrives can make that happen. 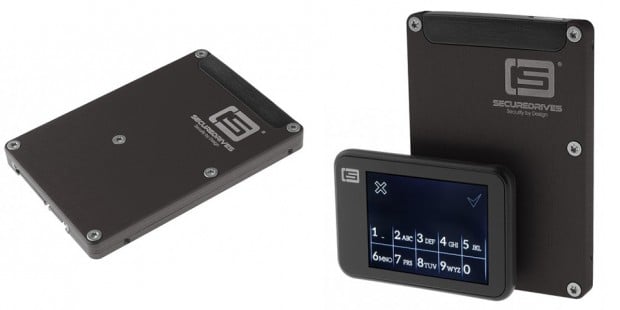 Autothysis drives also have other security features such as randomizing the keypad layout to counteract fingerprint lifting and physical tokens that you can pair with the drive to automatically switch security preferences. All those features don’t come cheap. The Autothysis 128s costs £967 (~$1600 USD) while the Authoysis 128t costs £1,027 (~$1,700 USD). You’ll also need to pay £29 (~$50 USd) from the second year onwards to keep using the GSM service.

[via SecureDrives via The Verge]