Assassin’s Creed is one of the cooler video game franchises out there. I particularly liked the Black Flag installment and played it a lot. Mostly I floated around, sinking ships and stealing islands from the British. Fans of Assassin’s Creed will love this fan-made video – as will fans of kitty cats. 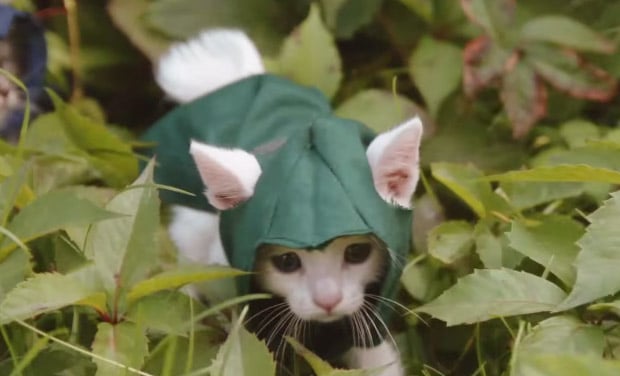 It’s called Assassin’s Kittens Unity and of course is a spoof of Assassin’s Creed Unity. In the video, three kittens (the ultimate killing force) chase down a pair of hapless redcoats and kill them.

If you have to die by assassination, the cutest way to go has to be death by kittens. I have a cat, and it would never wear an outfit like this. Check out the video and see the cute for yourself.