A couple of weeks ago we saw how Android apps can be made to run on desktop operating systems, including Windows. Corbin Davenport did the reverse, installing Windows 95 on his Android Wear-powered Samsung Gear Live. 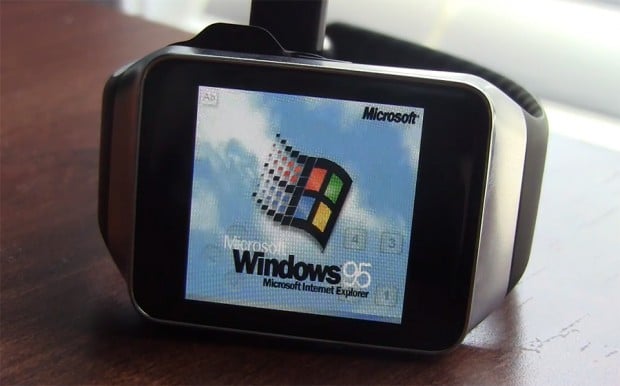 As you may have guessed, the hack is just for kicks and is totally dysfunctional. Not only is its interface ill-suited to such a small screen, Corbin’s installation of Windows 95 can’t even open applications. That’s because he loaded the operating system using the Android DOS emulator aDosBox, which he sideloaded using Android Debug Bridge (ADB). Corbin wasn’t able to figure out how to edit the emulator’s configuration file to increase the registered RAM, causing Windows 95 to crash whenever Corbin tries to launch a program.

Still, it’s funny to see that old interface running on a watch, especially when the Start menu and taskbar that debuted in the OS are falling out of favor in a world filled with touchscreens. I wonder if Winulator works on Android Wear.