One of the Moto X’s convenient features is that you can wave your hand over it to toggle certain apps, such as silencing a call or an alarm or simply to wake the screen. Elliptic Labs’ Multi Layer Interaction technology enables what appears to be a more advanced form of Moto X’s touch-less gesture recognition. 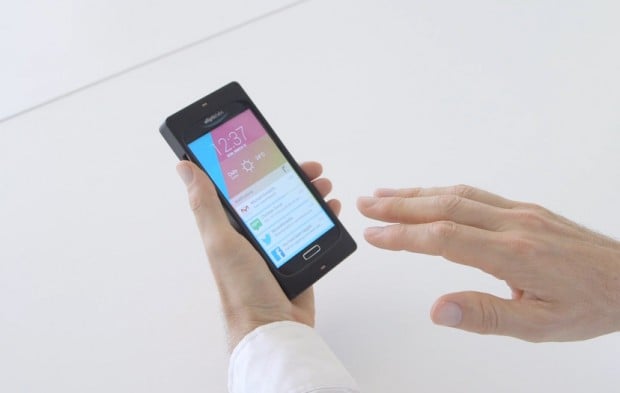 Unlike the Moto X or the Leap Motion, which both depend on infrared LEDs and cameras, Multi Layer Interaction uses ultrasound speakers and microphones to detect gestures. According to Elliptic Labs, its technology has a 180º range and consumes less power than camera-based sensors. This enables gesture detection not just directly over the phone but even above, below or from either side of the device and from up to 20″ away, giving users more leeway. It also allows for distance-based gestures, as you’ll see in the video below.

I think touchless gestures could someday eliminate physical buttons on mobile devices, but on the other hand I can’t help but think of my phone’s poor battery.

[via Elliptic Labs (pdf) via Ubergizmo]