I love it when old-fashioned board games are gussied up with some new features and aimed at fans of various TV shows. Take this Firefly Clue board game. But this time you’re not looking for who killed Colonel Mustard and what implement they used. Firefly Clue’s objective it to identify who helped the Alliance kidnap River Tam. 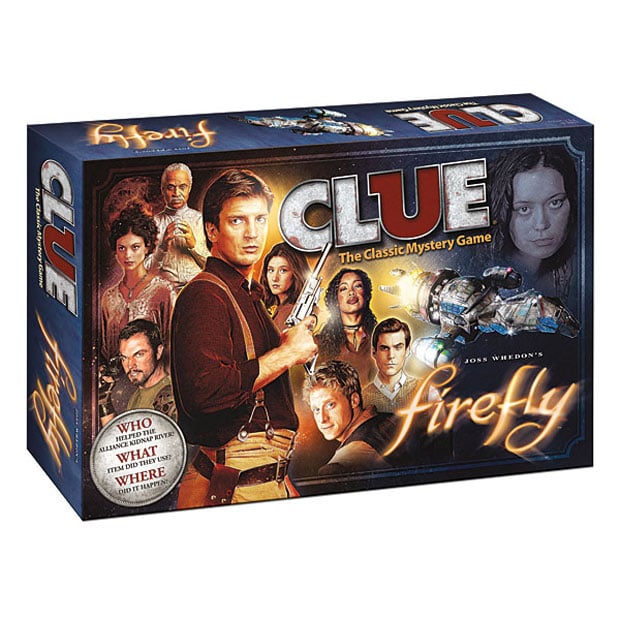 This is an officially licensed board game for three to six players. The game has nine collectable metal tokens that represent items used to betray River. The token include a six shooter, Vera, a teapot, wrench, dinosaur, torn book, med kit, leather necklace, and the Hands of Blue. 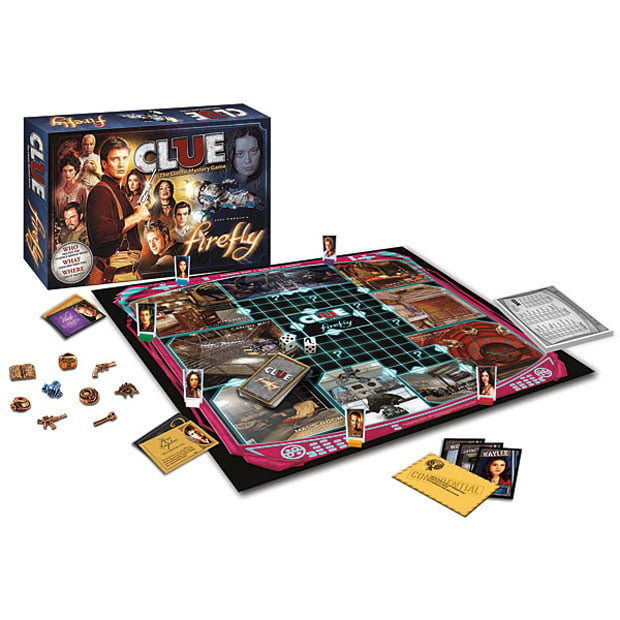 There are six suspect personality cards with Inara, Jayne, Mal, Wash, Zoe, and Kaylee. The board gets nine custom locations like the cargo bay and bridge. A scoring pad and instructions are included. You can pick up Firefly Clue for $39.99(USD) at ThinkGeek.