Apple is catching a lot of flak lately for its bending smartphone. This device developed by Microsoft Research and the University of Applied Sciences in Austria on the other hand is meant to bend. It’s called FlexSense, and it opens up more intuitive ways of interacting with electronic devices. 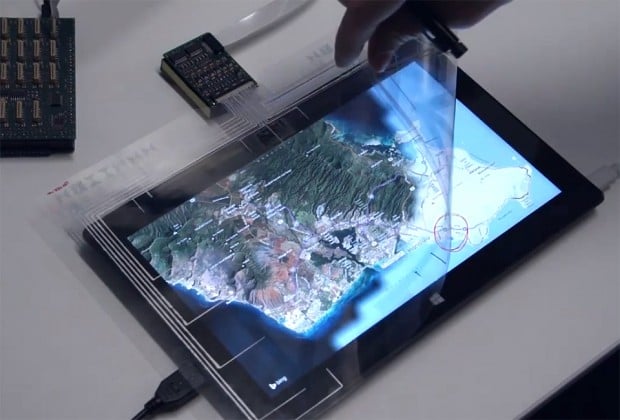 FlexSense is a self-contained device made of a thin and transparent sheet onto which 16 piezoelectric sensors have been printed. The researchers created two algorithms to measure and reconstruct the bending of the sheet using the sensors. They then gave potential applications of FlexSense, such as switching between two different layers of an image, hiding information, mimicking a flip book and controlling a video game character. You can skip to 2:03 in the video below to see all of the demos:

Bend your browser to the Association for Computing Machinery’s Digital Library to read the full paper on FlexSense.

[via Microsoft Research via Digg]