If you are a fan of the newer Hulk films with the computer animated green guy, you may get a kick out of this. An artist named BanHunLek has made a sculpture of the Hulk that looks just like the one from the films with Edward Norton out of old scrap metal. 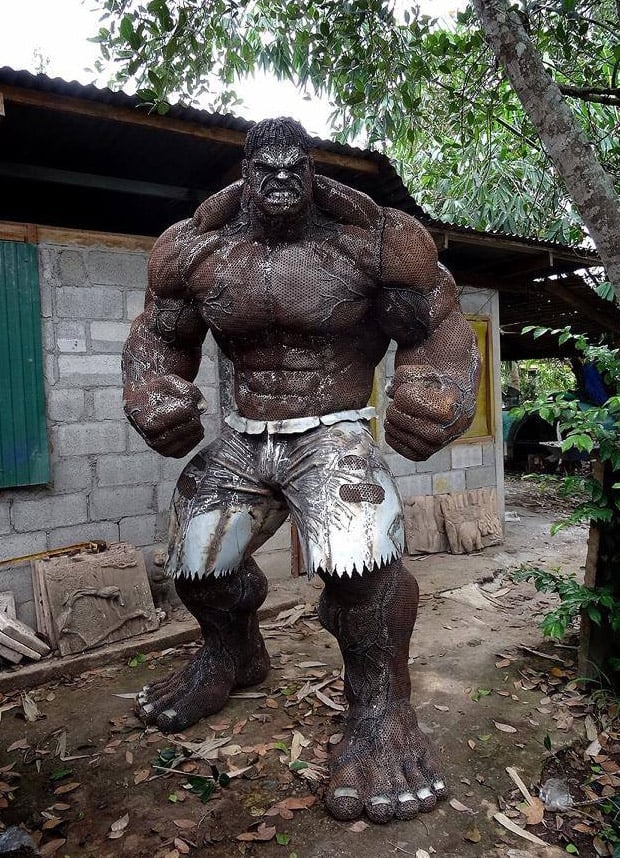 The close up look makes it look like the body of the Hulk is made from nuts welded together, which is quite possible. The Hulk wears tattered pants made from some sort of sheet aluminum and the sculpture even includes hair and veins. 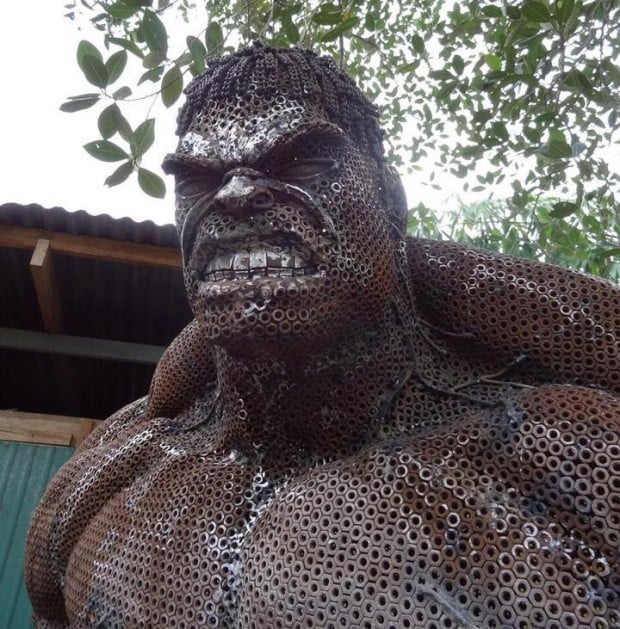 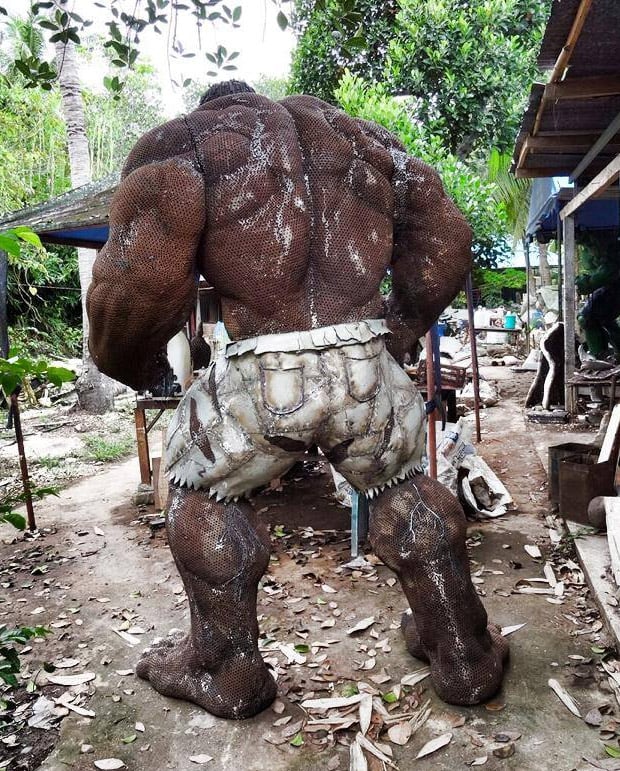 I would think the most awkward part of sculpting the Hulk out of metal would be making the crotch bulge. I’m a fan of the later Hulk movies, but nothing replaces Lou Ferrigno in the original Hulk TV series I grew up with in the ’80s.