EditorsKeys specializes in computer keyboards that have command shortcut guides for video or audio editing software printed on the keys. Since many of its clients work in dimly lit rooms, the company is developing backlit versions of its keyboards. 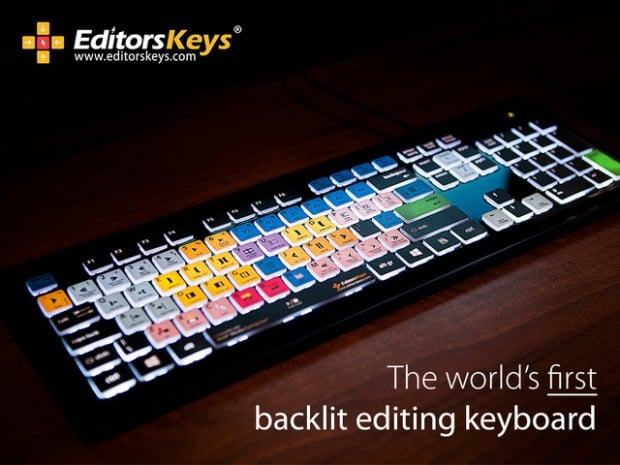 EditorsKeys claims that its chiclet keyboard will have a bright and even backlighting that won’t obscure the prints on the keys. The keyboard variants are usually based on the shortcuts for popular editing software such as Adobe Premiere or Sony Vegas, but for its Kickstarter EditorsKeys is willing to make custom prints for your chosen application. However, the company is focusing on a Windows-based layout first. You can still pledge for a Mac-style keyboard, but you’ll have to wait quite a while for it to be released.

Now’s your chance to get a keyboard with Divekick shortcuts. Pledge at least £79 (~$127 USD) on Kickstarter to receive one of EditorsKeys’ backlit keyboard as a reward.