If you have played Final Fantasy VII, you might recall the iconic weapon that Squall uses called the Gunblade. The weapon is exactly what it sounds like, a pistol with a big sword attached. The Man at Arms: Reforged team has a penchant for making these virtual weapons real. 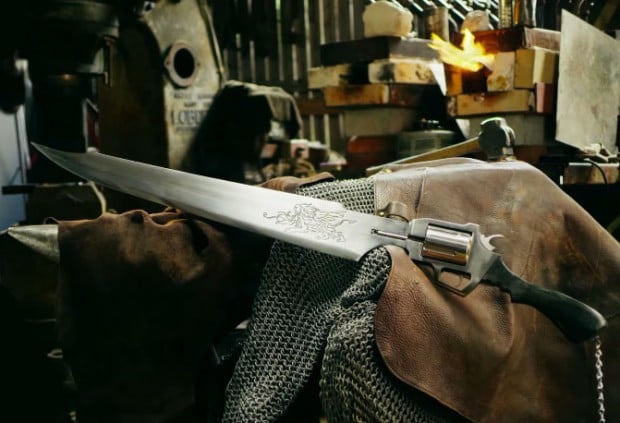 Check out the real Gunblade, it has a pistol hilt with a revolver cylinder, trigger, and hammer. The sword blade attached is long and engraved with a griffin or some mythical creature of the like.

The video above walks through the entire build process from design and virtual creation to the finished sword. The finished product is one of the coolest weapons I have seen. Too bad the gun can’t fire, that would be really awesome. Impractical, but awesome.