Growing up, nothing in the world made me clean my room faster on a Saturday than the promise of lunch at Chuck E. Cheese. As soon as we got there, I headed straight for the Star Wars arcade game and spent all my tokens in about 10 minutes trying to dominate that game and blow up the Death Star. 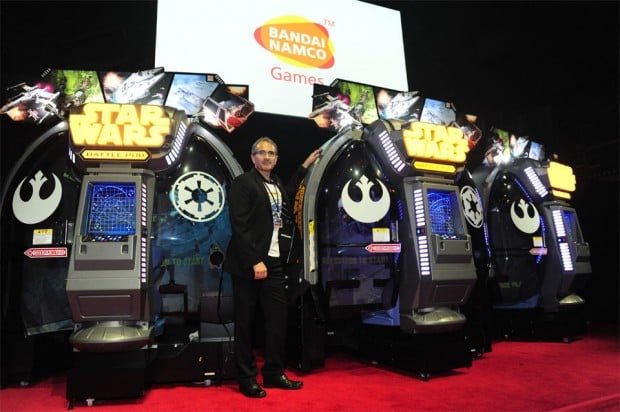 Bandai Namco has announced a new Star Wars game that will be an arcade exclusive, and it sounds very cool, and is sure to eat tokens like candy. The game is called Star Wars: Battle Pod and it’s one of those big games you sit down inside of. It has a large curved screen that encompasses the player’s entire field of view.

The game will let you fight in some of the coolest battles from the original Star Wars trilogy (No Jar Jar Binks!). Players will get to fly and drive vehicles like X-Wings, snowspeeders, speederbikes, the Millennium Falcon, and TIE Advanced fighters. Battles will take place on Endor, Hoth, Death Star II, and Yavin among others.

The arcade game will roll out in the U.S. in January 2015. The first place to play the game is the Dave and Buster’s in Times Square where the game will be available during this week’s New York Comic-Con.