Beetlejuice. Beetlejuice! Beetlejuice!!! Say his name three times and this Beetlejuice costume hoodie will turn you into Betelgeuse, just in time for Halloween. 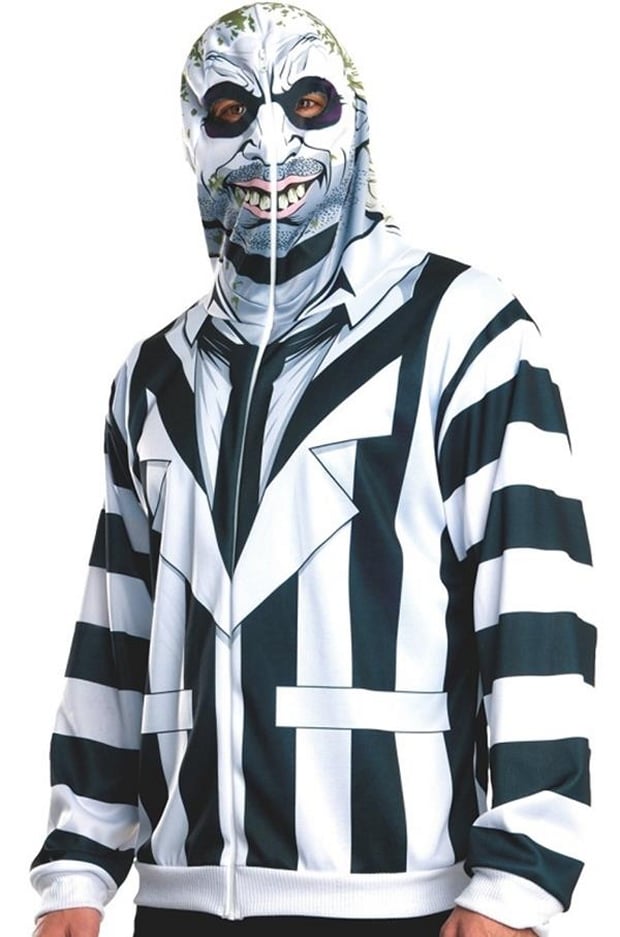 This hoodie recreates Beetlejuice’s striped suit and it has a hood that zips up over your head, turning your face into his face. It’s showtime! The hood has eye holes so you don’t stumble and trip while you are haunting your friends.

It’s perfect for Halloween or just whenever you want to scare folks Tim Burton/Michael Keaton style. The face on this hoodie is actually much scarier than the movie version. It kinda looks like an escaped convict clown.