Each year around Halloween, we see some really cool and geeky pumpkins that people are carving. Today I found a few carved pumpkins that will make the geek in you smile. My favorite is the first photo you see here, the Cylon. 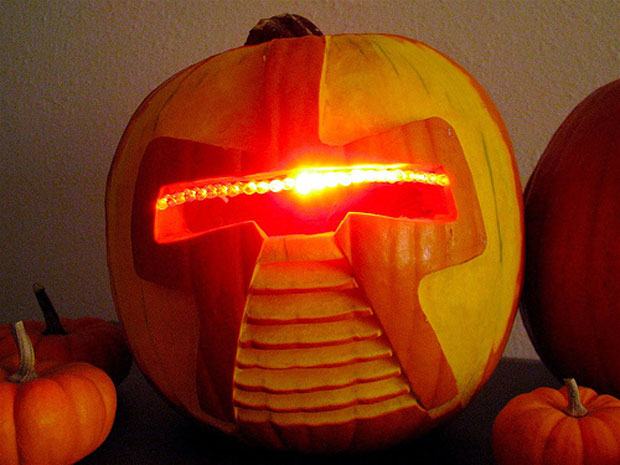 This bad boy is from the original ’80s Battlestar Galactica series, not the remake from a few years back. What makes it great is the red eyeball that moves back and forth. The next pumpkin sounds too complicated for a lazy decorator like myself. 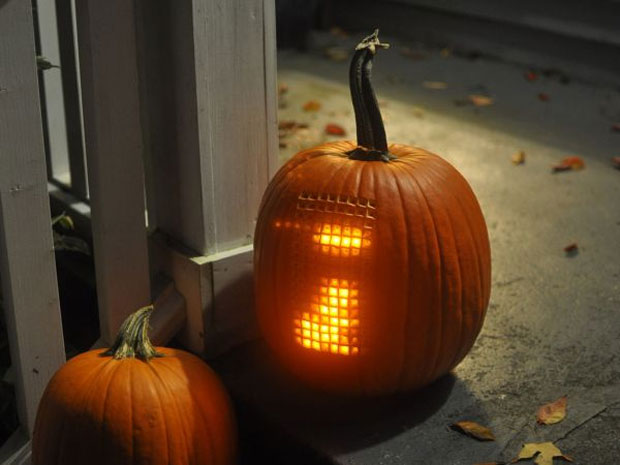 It’s the gamer pumpkin and the stem is a controller that lets you play Tetris on your Jack-o-Lantern. The final pumpkin isn’t so much a pumpkin as it is a collection of them. Check out the dinosaurs made from a hoard of pumpkins, they are awesome. 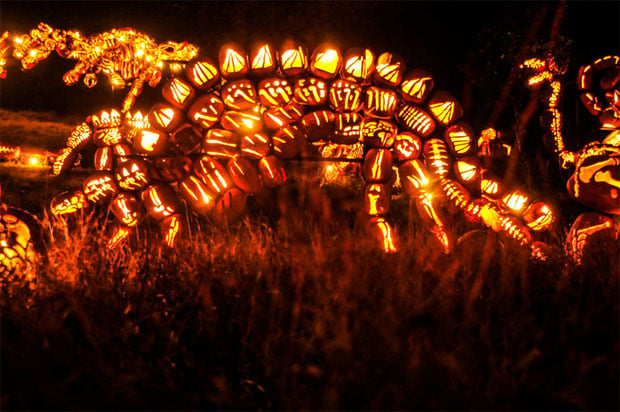