The FAA is looking at new guidelines for drone operation, and a man is being taken to court for shooting down a drone that flew over his property, so we’re still not quite sure what laws are going to be in effect regarding these unmanned flying aircraft, even though they’re not really at all different from existing R/C aircraft; people just freak out because the word “drone” is scary. 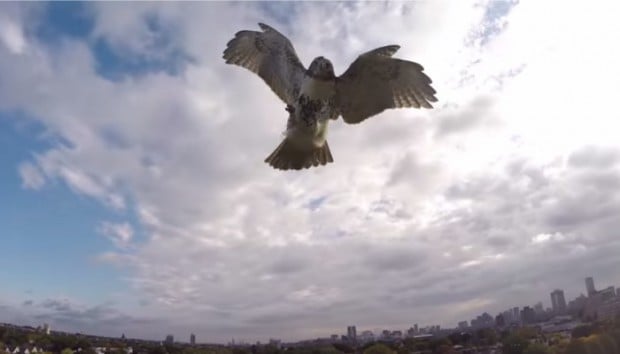 As it turns out, humans aren’t the only ones who think drones are scary. We might need a shotgun to do away with our (perceived) enemies, but hawks are basically tiny flying velociraptors, and they’re terrifying enough to just get shit done. This drone, for example, was going for one of its regular photography flights over Magazine Beach Park in Cambridge, Massachusetts, and that was deemed HIGHLY OFFENSIVE by the raptor in question, who did what he does and took it down quickly and violently. I’m impressed.