Floating Solar Panels Could Solve Lots of Problems at Once

Solar panels are pretty cool. You leave them out in the sun and instead of smelling awful like sun-baked carp, they give you electricity. The problem is that humans, in general, get pretty possessive about land. We’ve been known to kill thousands of each other over rather trivial bits of it, just because we’re dicks. 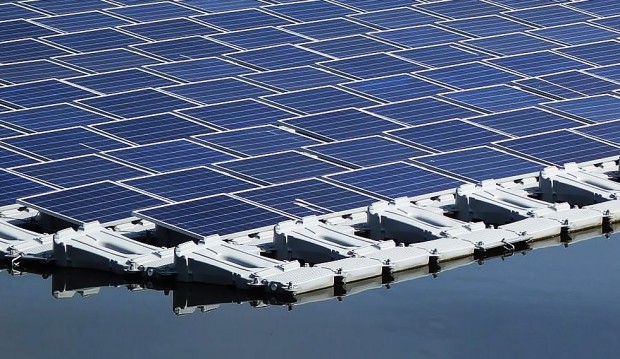 That’s why Kyocera, a Japanese company, has created these floating solar panels. Space is at even more of a premium in Japan, so lets just use the water, there’s plenty of that out there. The first installation will be on a reservoir, but talk of putting clusters of panels out in the ocean is, of course, happening.

Some people are raising concerns that widespread use of these could cool the oceans, and I think that’s brilliant. Global warming is mostly happening in the ocean and that’s what has been driving a lot of the crazy weather in recent years. The fact that this would reduce the amount of sky-warmth making it to the ocean should be just another good reason to take floating solar panels seriously.