Fans of the Fallout series will immediately recognize these bottles of Nuka-Cola’s glowing sodas, including Victory, Fusion Cola, Quantum and Quartz. In Fallout 3, the drinks have a variety of effects on your health and abilities, while these ones just glow. 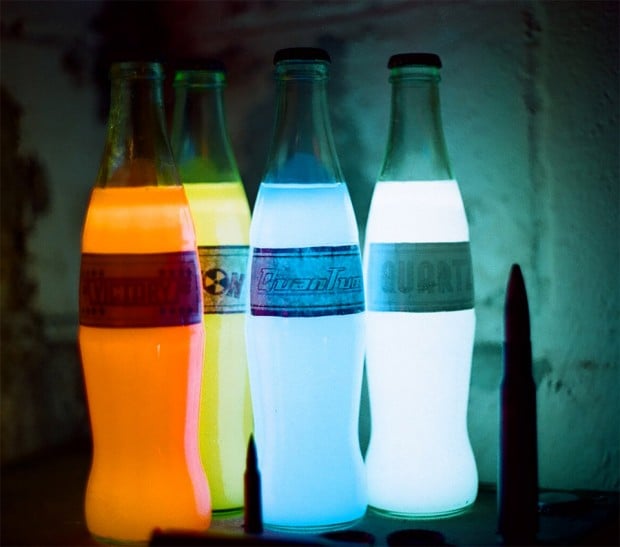 Made by Etsy seller M.E.M. Props, each of these bottles is loaded with a phosphorescent fluid which charges up when placed in the light for 20 to 30 minutes. Sadly, you can’t drink the liquid inside, but that would be cool if the guys at Coke or Pepsi would come up with a glow-in-the-dark soda. 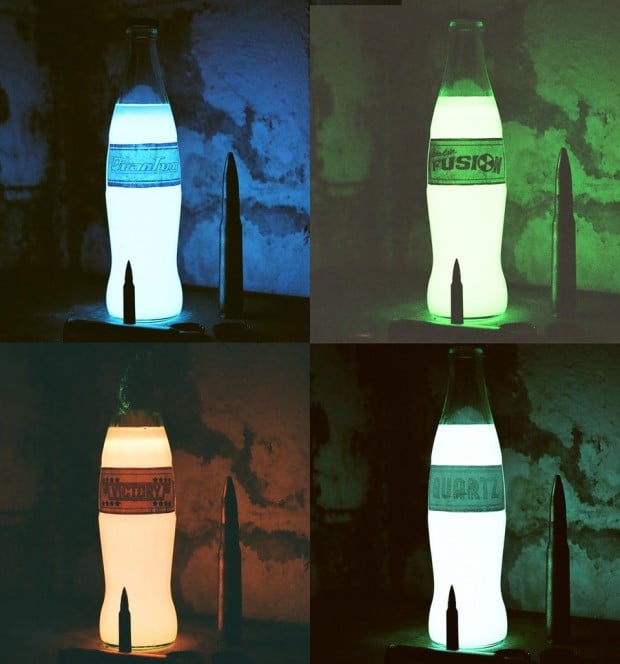 You can grab a bottle of glowing soda for $35(USD), or a set of four for $120 over on M.E.M. Props’ Etsy shop. If you want to take a shot at making your own light-up Nuka-Cola Quantum, there’s a DIY version on Instructables, but it uses an LED for illumination – which is cheating if you ask me. On the other hand, you can actually drink the Instructables recipe. On the flip side, you can’t get rot your teeth with or get addicted to the glowing version.