Smartwatches are imminent, but they’re not quite useful enough yet to have become any more than a niche product for hardcore tech geeks, much like Google Glass. Personally, if I were to drop a few hundred dollars on a watch, it would be an analog watch that will be in style for roughly a century, not a tech piece that will be made obsolete in a few months. 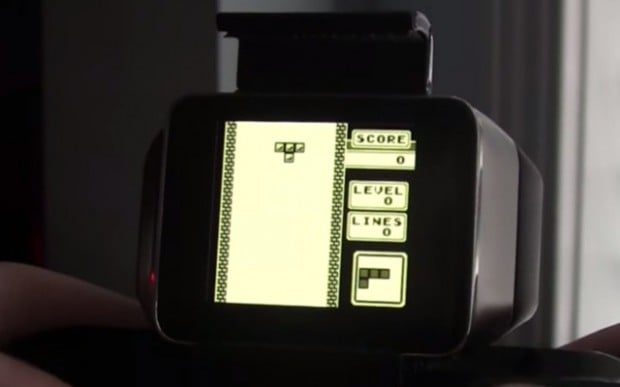 That said, a classic timepiece can’t play all of my favorite Nintendo Game Boy games, and the Android Wear can. I’d love to be rocking Castlevania, Tetris, and Jurassic Park (my first video game) on my wrist, ready to go at a moment’s notice. Sadly, this does require a controller to be attached to the watch, so it’s not genuinely useful yet, but it is a cool proof-of-concept. A well made slide-out d-pad on one side and two buttons that could serve as A and B on the other could do the trick.

I’m sure that a watch made with gaming in mind is a thing that some smart designer is working on, and I’m looking forward to seeing it, even if I do just end up buying that Maurice Lacroix I’ve been eyeing.