iFingerLock: a Padlock with an Integrated Fingerprint Scanner

Padlocks and combination locks are useful on a fairly regular basis, but they both can be rather annoying. I’ve bought far too many padlocks because of lost keys between uses, and it’s not really practical to go swimming with a key when you want to lock up your valuables at the beach. Combination locks solve those two problems, but you have to actually remember the number and the interface is annoying if you have a good one. If you have a bad one the mechanism just rarely works. 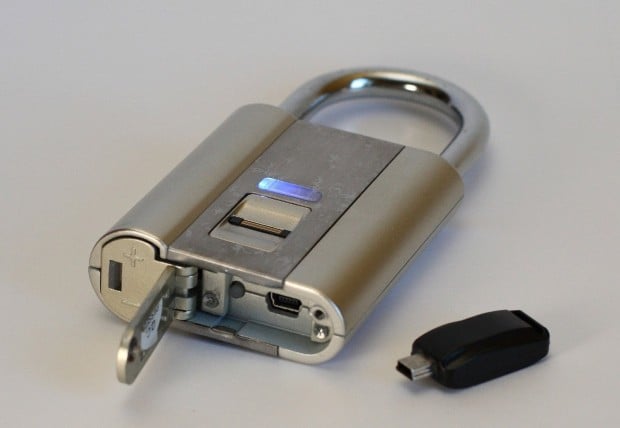 That’s why this very expensive ($114.99 USD) solution called iFingerLock is actually pretty appealing. It just reads your fingerprint and unlocks, or reads someone else’s fingerprint and doesn’t unlock. You can load up to nine accepted fingerprints onto the lock, so it could still be used by families and organizations. Of course, it does have the potential annoyance of running out of electricity, because it’s powered by a pair of AAA batteries, but it does apparently give users tons of warning.