This video shows one lucky guy opening a 1993 deck of Magic the Gathering cards. Spoiler alert: This guy just got a whole lot richer. 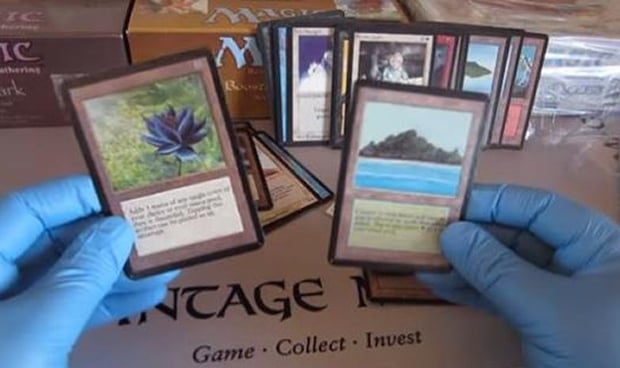 When these packs were made, the rare card was always on top of the decks, so he flips the deck over and starts from the other side just to build up the suspense. Watch this guy’s hands shake all over the place. He probably paid about $6,000(USD) for that pack of cards. When he finally gets to the rare card at about the 8:15 mark, it happens to be a Black Lotus card that’s worth up to $30,000.

So of course he goes crazy. Only 1,100 of these cards were ever made. Apparently one sold last year for $27,000. This guy is calm compared to how I would be freaking out. This is like winning the nerd lottery right here.