Last month we saw an impressive SimCity 4 region with over 107 million residents. Duncan Parcells’ Minecraft city may be even more impressive. He made Titan City over the course of two years and says it has around 4.5 million blocks, each of which he placed manually. Wow. 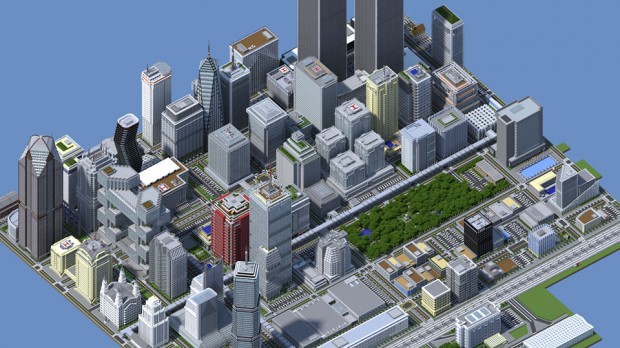 Duncan built Titan City on the game’s Xbox 360 release. He said that he could have continued it on the PC when he got a computer, but he chose to keep going on the console. All of the buildings have floors inside, and “some have furnishing”, elevators and stairs.

Despite his already impressive accomplishment, Duncan says he’s not done with the city yet. He plans on continuing it on his PC, and perhaps hosting it on a server.

I can’t even grow a decent beard in two years. This dude made a city by hand. The best thing about it is that you can actually visit Titan City. Head to Duncan’s YouTube video for the download links to the Xbox 360 and Windows variants of the map.