These Inventors Want to Open Hoverboard Parks In The Near Future

We want our hoverboards. We were promised hoverboards, and we don’t have them yet. I was starting to think that it might actually be easier to raise Nikolai Tesla from the dead, and pay him to do what today’s scientists can not. I’m willing to bet that Tesla could make me a bloody hoverboard. Luckily for all of us, I’m not going to be resorting to techno-necromancy (yet), and it’s all because of a company called “Hendo.” 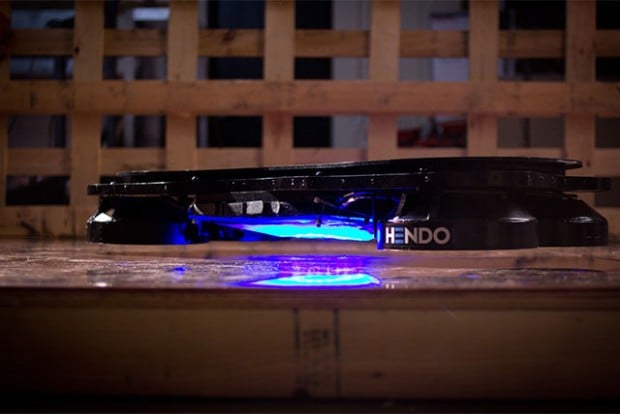 It works via magnetic levitation, like a Japanese train with no rails, so it requires a metal surface to hover over, but it still looks like a blast. Hendo is trying to raise money on Kickstarter right now to open a series of hoverboard parks, because the future is not distant. In addition to hoverboards for an eye-watering $10,000, buyers can opt for critical parts of the hoverboard which make up a dev kit. I’m picturing a system that could use increased flow to various magnets to simulate pressure on feet and possibly, just possibly, offer a VR peripheral that allows people to feel the ground under them in games.