Guy Proposes with a Custom TARDIS

The two most powerful forces in the universe are love and Doctor Who. So when it comes to geeky wedding proposals, if you don’t involve Doctor Who you are doing it wrong. 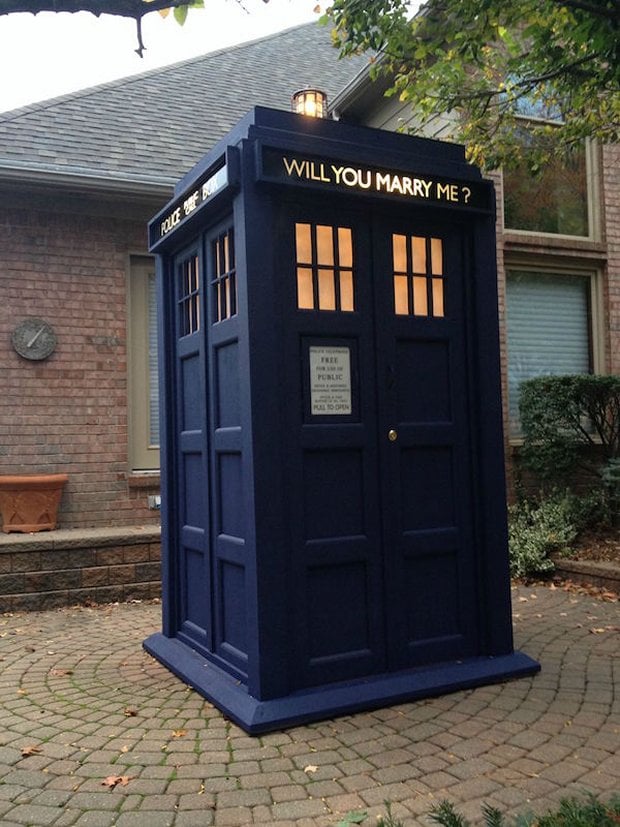 This guy gets it all right. Redditor Muffinman5423 not only built a TARDIS, but he put the proposal on the TARDIS itself and then gave his fiancé a key to the TARDIS along with the ring. That is a classy proposal right there. You might even say timeless. It tugs at my Hartnell strings.

When they are expecting their first child, I bet they build a robot kid with a gas mask to announce it to everyone by asking, “Are you my mummy?”