A Team of Physicists Just Made a Tractor Beam 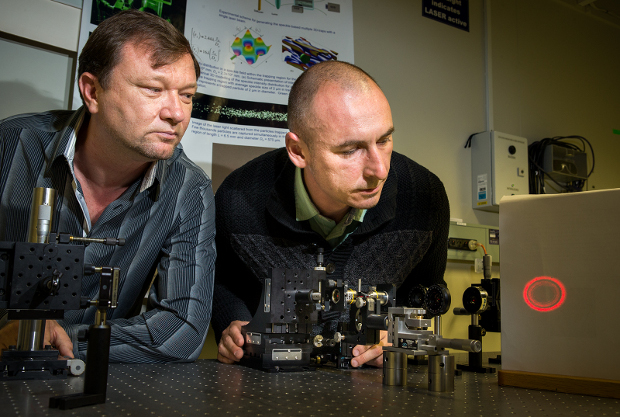 Physicists at the Australian National University Research School of Physics and Engineering have used a single laser to create a tractor beam that can pull or push a particle one fifth of a millimeter wide up to 20 centimeters. We’re going to need a bigger laser

The team behind the device says that the distance that the object was pulled and pushed had more to do with the physical size of the lab than the power of the machine, due to the degradation over distance inherent in lasers. What makes this new technology potentially game changing is the fact that it requires only one laser, and that it can both push and pull an object.

Yes, we’re still a long way from being able to capture a fleeing princess on her ship, the Tantive IV, but we’re a kit closer than we were last week.