Unlike most artforms or professions, writing needs the most basic of tools. Even if you’d rather work with a word processor instead of pen and paper, you can just get a cheap laptop and be all set. But what if you there was a middle ground between simplicity and convenience? That’s the idea behind Hemingwrite. 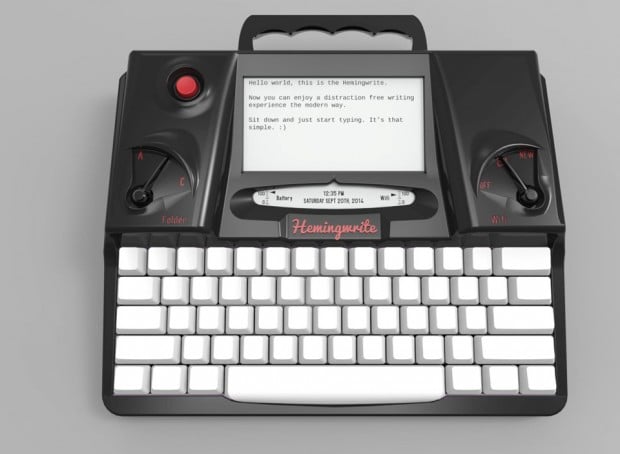 Aside from its name practically courting derision, I’m sure many people would scoff at buying another writing device, and a freakin’ typewriter at that. But Hemingwrite creators Adam Leeb and Patrick Paul maybe on to something here. Of its handful of features, two things stand out about the Hemingwrite: the idea is for it to have a 6″ E Ink screen and a full size mechanical keyboard with Cherry MX switches. Those two features alone could make it a good writing tool for many people – E Ink means its battery will last weeks instead of hours, and you’ll normally have to splurge to get a laptop with a mechanical keyboard, not to mention dealing with the distractions that come with having a multipurpose device. 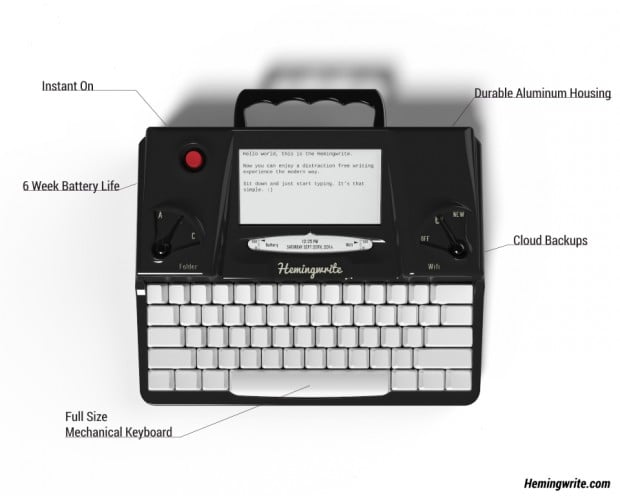 Aside from those major features, the Hemingwrite will theoretically support cloud backup via Evernote and Google Docs, an internal memory enough for over 1 million pages and a handle integrated into its aluminum housing. Here’s Adam and Patrick’s current Hemingwrite prototype: 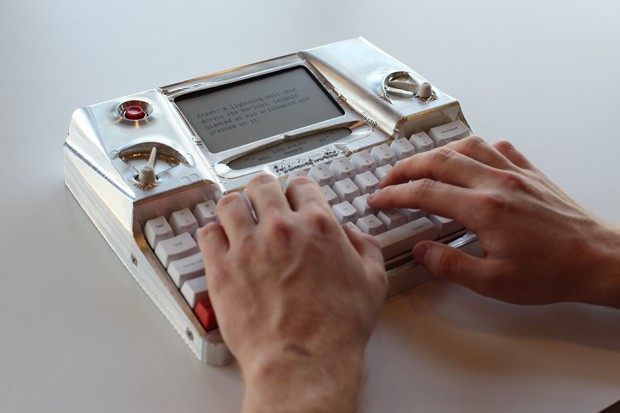 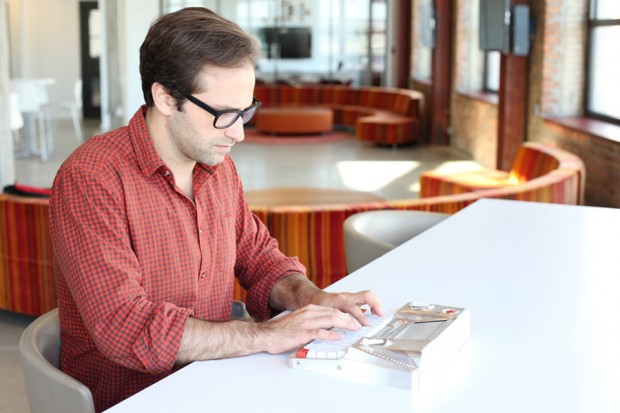 Keep an eye on the Hemingwrite website for updates on the concept. I think it isn’t as gimmicky as it first seems. If it ends up being a real product – and judging from the hype it’s getting, it might very well be – my only wishes would be for it to have Dropbox support, a larger or at least an adjustable screen and a reasonable price. I think the latter will go a long way towards setting a favorable perception of the device. A less pretentious name would help too.

At the end of the day though, tools can’t magically instill discipline, much less genuine interest or skill. Anyone who has a DSLR gathering dust will admit as much.