3D printing has delivered some really cool new things. Toys, prosthetic limbs, all kinds of stuff, but nothing as awesome as this T-Rex showerhead. In the shower no one can hear you scream as you clean. 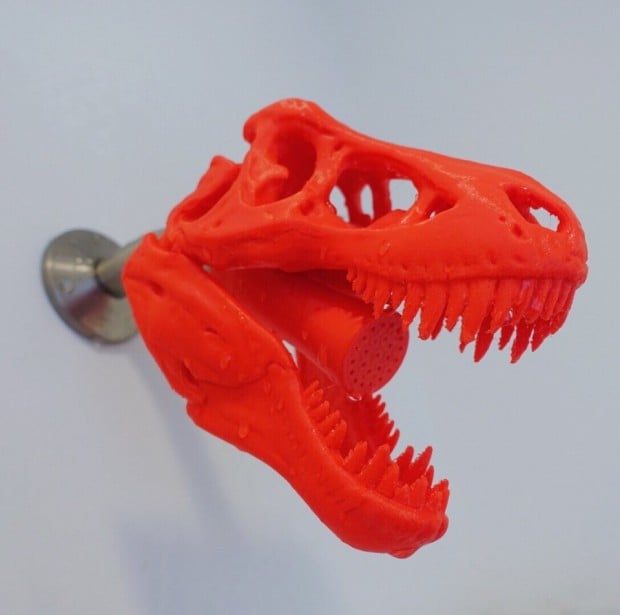 It just needs little stubby arms to go underneath it so it can hold a bottle of shampoo and conditioner. Basically this T-Rex will be spitting on you so that you can get clean. I guess that’s better than an Alien head showerhead that just drips drool and has another head pop out to eat you.

I wonder if closing the mouth adjusts the water pressure. Nah, probably just makes a mess and cleans his teeth.