Firaxis Games is the developer behind Sid Meier’s Civilization III up to its most recent release, Civilization Beyond Earth. For the latter’s launch party, the studio asked employee Andy Clarke to create LEGO replicas of the game’s Worker unit. Andy made only 180 sets, but someday you might be able to buy one if LEGO gives the green light to Andy’s proposal on LEGO Ideas. 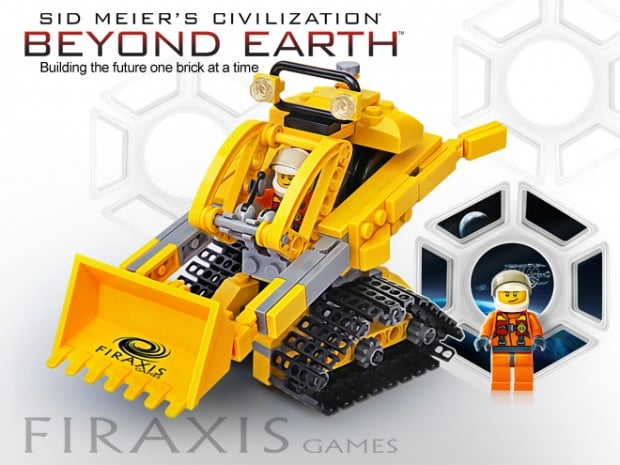 The set consists of the front end loader variant of the unit, a Worker minifig, a female version of the minifig’s head and a Firaxis sticker. Have your browser settle on LEGO Ideas to vote for the set.