In Steampunk Rally‘s version of history, Nikola Tesla was a vengeful lunatic hell-bent on defeating his rivals with a terrifying machine in a race across the Alps. It wasn’t just fast, it was also equipped with things like a death ray (of course) and an earthquake transducer. As a racing geek and a lover of weird crap, I like this version of history. We’ll all get to live it in this new board game that’s on Kickstarter right now. 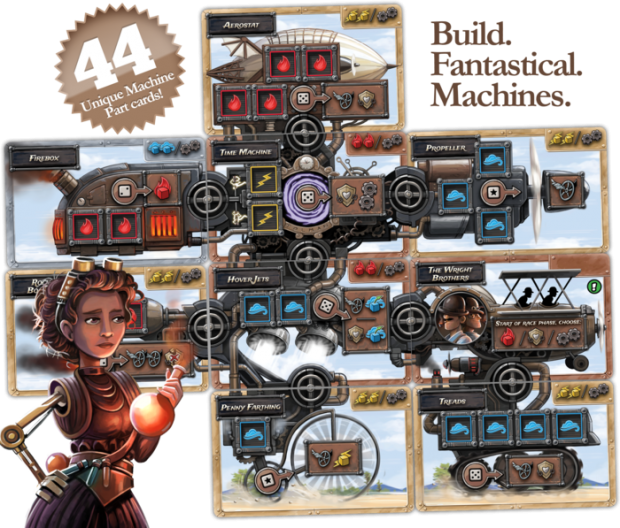 In each turn, players will get to draft component cards for their machines before adding them. Then the race is on and everybody rolls heat, steam, and power dice, and places them where they want those resources in their unique racers. It’s an interesting method that gives the players a lot of random variables to deal with, but a lot of control over how they deal with them. That’s the best way to make a game fun even when it has a lot of whacky ingedients, and that’s why I think this looks like it will deserve a spot on your shelf. You can put it on your shelf for $49.