Mario Kart 8 to Get an Excitebike Track

You know I haven’t played a Nintendo game since the original Wii was around. I just found the games to be lacking. However, this news has me actually considering buying a Wii U. Basically Nintendo has an Excitebike track in an upcoming Mario Kart 8 DLC pack. 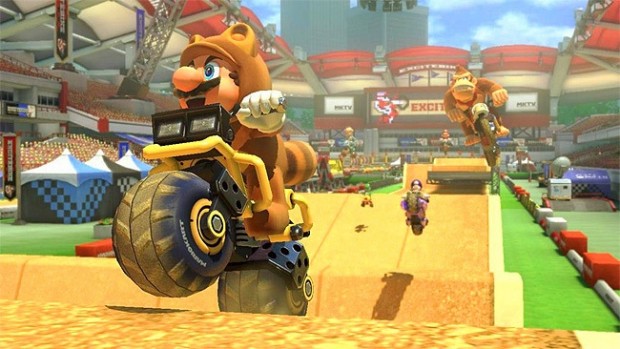 Combine two classic Nintendo games like Excitebike and Mario Kart and you get my attention. It looks all kinds of crazy. You can check out a preview trailer right here.

This DLC pack is coming in November. It also has a new version of the classic Yoshi Circuit.

Nintendo characters doing crazy stunts on bikes while trying to kill each other? I may just order a Wii U after I finish writing this.