Ars Technica accidentally discovered a quick and easy way to make your wireless network’s name aka SSID stand out. The tech blog found out that you can use Unicode characters in your network’s SSID. It’s not guaranteed to work with all routers and hardware though. Here’s Ars’ Halloween-themed SSID:

Neat right? Apparently you’re free to add any Unicode characters, as long as the SSID’s equivalent length doesn’t exceed 32 bytes. Here are a couple of other examples from Ars commenters: 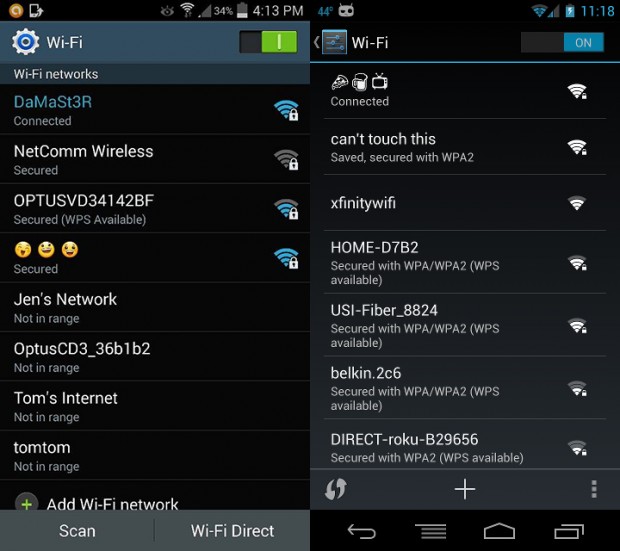 Sadly, this party trick won’t work with all routers. For instance, when I tried it on my D-Link router it complained that “the SSID should be printable characters.” Worse, computers running Windows probably won’t be able to “read” the SSID properly and will replace it with garbled text.

Go trick or treating on Ars Technica to find out more about the hack.